Two days after the violence broke out during the farmers' 'tractor rally' in various parts of the national capital, heavy security forces continue to remain deployed at the Red Fort and Tikri border.

New Delhi: Two days after the violence broke out during the farmers' 'tractor rally' in various parts of the national capital, heavy security forces continue to remain deployed at the Red Fort and Tikri border.

The security at the Red Fort, a national heritage site, was heightened post tractor rally violence on Republic Day to maintain the law and order situation.

Security has been tightened at the Tikri border where farmers are protesting against the central farm laws for over two months, police said.

Nineteen people have been so far arrested and over 25 criminal cases registered by Delhi Police in connection with the violence that broke out during the farmers' tractor march on Tuesday, Police Commissioner (CP) SN Shrivastava had said on Wednesday.

Delhi Police has named Punjabi actor Deep Sidhu and gangster Lakka Sadana in an FIR registered in connection with the violence at the historic monument on January 26.

The Police Commissioner had said that they had held five rounds of talks with leaders of Samyukt Kisan Morcha after which three routes were mutually agreed upon for the rally in Delhi. 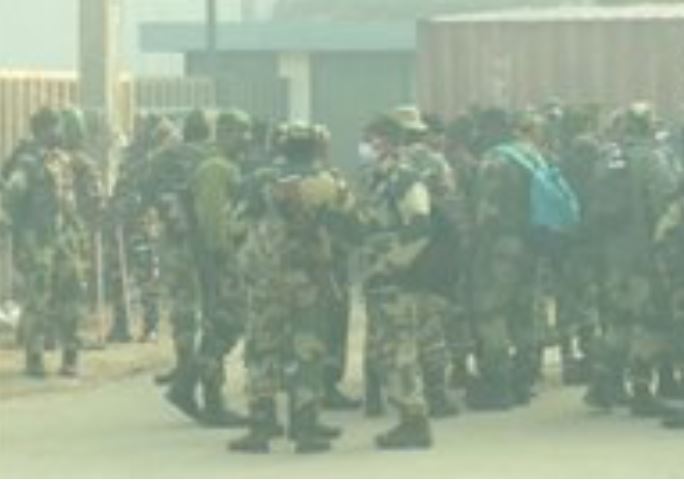 Protestors broke barricades to enter Delhi and indulged in vandalism across several parts of the national capital during their tractor rally organised to protest against the Centre's three new farm laws.

Several public and private properties were damaged in acts of vandalism by the protestors. A total of 22 FIRs have been filed by the Delhi Police with one of them mentioning the incident at ITO where a farmer died after his tractor overturned.

200 detained in connection with farmers' tractor rally violence in Delhi