Farooq Abdullah and his son Omar Abdullah cast their votes in Srinagar parliamentary constituency in the second phase of polling on Thursday.

Farooq is seeking a re-election from the prestigious Srinagar Lok Sabha seat, where he is up against Peoples Democratic Party's Aga Syed Mohsin, People's Conference’s Irfan Raza Ansari and Khalid Jehnagir of the Bharatiya Janata Party.

After casting his vote in Munshi Bagh area in the constituency, Omar said he hoped that the Centre and the Election Commission (EC) would soon conduct Assembly elections in Jammu and Kashmir. 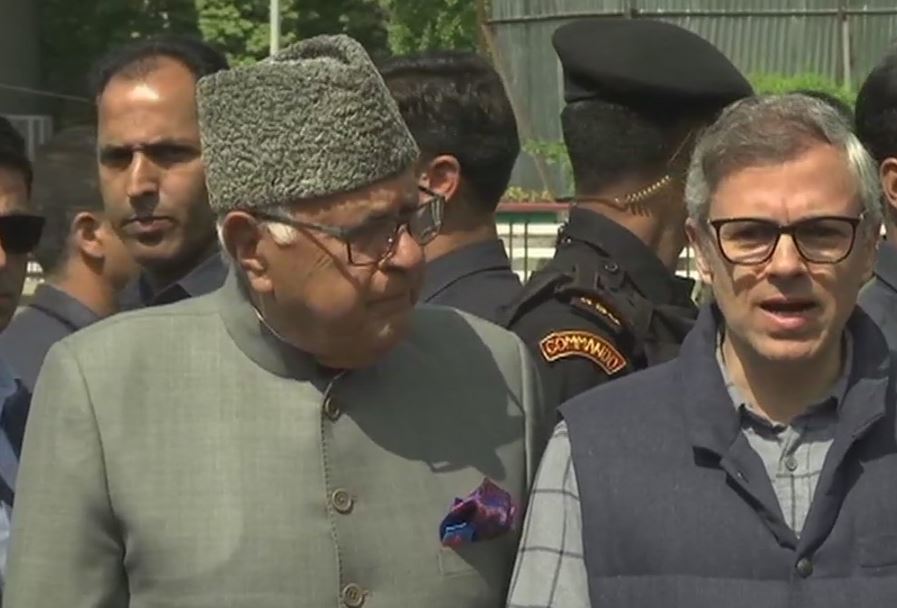 The former Chief Minister said, "Now that Lok Sabha polls are due to conclude, we can only hope that Centre with the EC gives people of Jammu and Kashmir an elected government which is their right."

Underlining a difference between this election and the 2017 Lok Sabha by-election, he said that the people of the constituency were more receptive in this election."These elections are significantly different from the by-elections that Farooq Sahab won in 2017. In that elections, we barely managed to conduct 2 public meetings outdoors. All election activities were confined to closed rooms. In this election, the electorate is far more receptive than it was in 2017."

Two out of six Lok Sabha seats, Srinagar and Udhampur, of the state are voting today in the second phase of elections. Over 54 per cent voter turn out was recorded in Jammu and Baramulla parliamentary seats that went to polls in the first phase of elections on April 11.

The counting of votes will take place on May 23. (ANI)