A female national-level shooter displayed exemplary bravery as she used her skilled to save her relative's life from the clutches of kidnapper.

New Delhi: A female national-level shooter displayed exemplary bravery as she used her skilled to save her relative's life from the clutches of kidnapper. According to reports, the national level shooter-cum- coach Ayisha Falaq's brother-in-law Asif was taken hostage by anonymous men. A Delhi University student, Asif used to earn his pocket money by driving a cab after classes. On the fateful night, he got a trip in Daryaganj and left his home at Minto Road to pick up Rafee and Akash, who later kidnapped him. 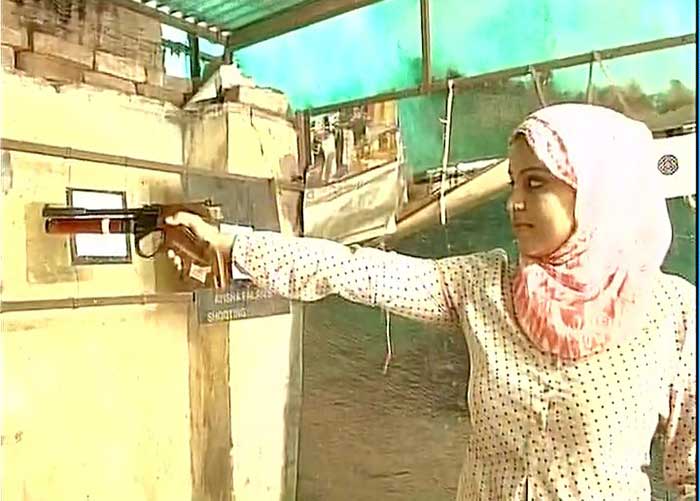 Halfway, they asked him to take a different route and forced him to stop the car at Bhopra Border and took Asif's wallet, which had only Rs 150. Seeing the meager sum, they felt disappointed and thrashed him brutally. Then Rafee and Akash forced him to make a ransom call to his family. The kidnappers asked his family to reach Shastri Park in an hour with Rs 25,000 if they wanted to see Asif alive. Asif's family immediately informed the police about the entire episode and Ayisha decided to reach the location along with the police.

When Ayisha and her husband reached the site, the kidnappers suspected the presence of cops and drove away. The kidnappers then called her to Bhajanpura to come with the money. Ayisha who carried her licensed .32 bore pistol fired the shots at the kidnappers in self-defence to save Asif's life. She shot one of the men on his waist, the other in his foot. Despite being injured, the two men tried to flee from the location but were nabbed by the police.