Five-time world champions Brazil eased past Serbia with a fantastic 2-0 win, in their Group E match to progress to the round of 16 at the Spartak Stadium.

Moscow: Five-time world champions Brazil eased past Serbia with a fantastic 2-0 win, in their Group E match to progress to the round of 16 at the Spartak Stadium here on Wednesday.

With this, the Selecaos notched up two consecutive wins in their group matches for the first time since 2010. As the match progressed, both Brazil and Serbia played aggressively to keep their teams ahead in the crucial game. 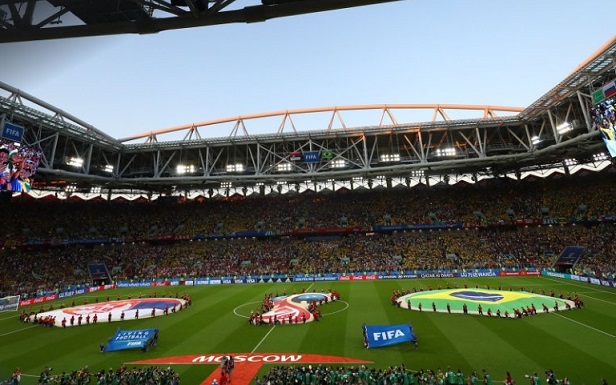 The deadlock was finally broken when midfielder Paulinho put Brazil ahead as he netted a goal with the help of Coutinho's deft-chipped pass in the 36th minute. In the second half, Serbia forward Aleksandar Mitrovic had two excellent chances to equalise with close-range headers. 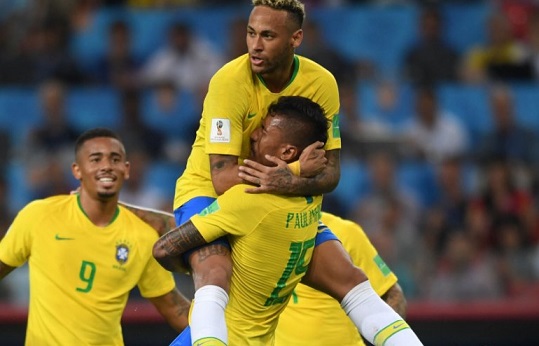 However, in the 68th minute, skipper and defender Thiago Silva gave the five-time world champions the second goal, when he powered a header into the corner position assisted by star striker Neymar, which was beyond Serbian goalkeeper Vladimir Stojkovic's reach. 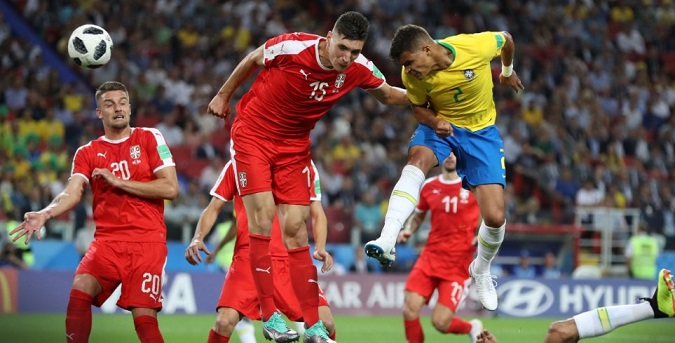 Neymar had an opportunity to make it 3-0 in the 87th minute, but Stojkovic blocked the ball from going into the net in a nick of time. With this, Brazil finished the top of Group E with seven points in their kitty and will face Mexico in the knockout round. Switzerland, who drew with Costa-Rica 2-2, also progressed to the round of 16 and will lock horns with Sweden next week.

Meanwhile, Serbia finished at third place, with just three points and are eliminated from the tournament, along with Costa Rica. (ANI)

Gabriel Jesus withdraws from Brazil squad due to injury

Thiago Silva out for three weeks due to injury