Russia defeated Egypt with a fantastic 3-1, in a Group A fixture of the FIFA World Cup in St Petersburg, racking up their second victory in a row.

St Petersburg: Russia defeated Egypt with a fantastic 3-1, in a Group A fixture of the FIFA World Cup in St Petersburg, racking up their second victory in a row.

Russia made a breakthrough through a sheer fluke in the 47th minute through the Egyptian captain Ahmed Fathy, who under pressure from Artem Dzyuba, took a wild swing at it and swiped it into his own net. 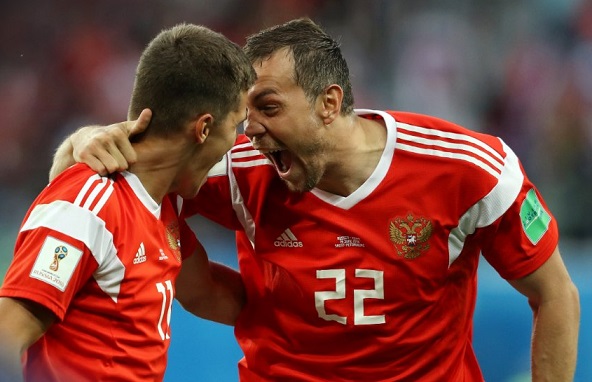 This is the fifth own goal of the tournament so far. Denis Cheryshev doubled Russia's advantage by scoring a goal in the 59th minute after he finished from Mario Fernandes' pull-back. He cleared himself from the markers and shot it low into the net from close range.

Russia were on easy street and sealed the victory as Artem Dzyuba scored the third goal for them in the 62nd minute. 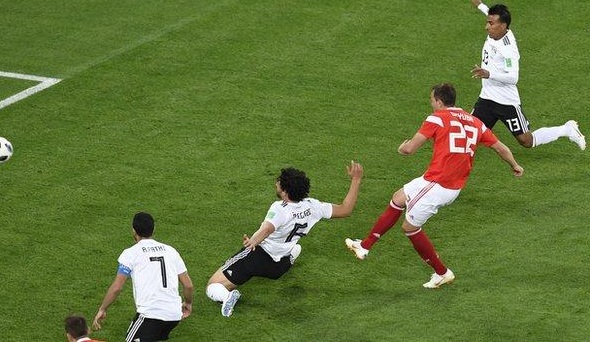 Liverpool forward Salah's penalty kick when Egypt already trailed 3-0 was a petty reward for his hard work and was not enough to let Egypt sail through. His goal came in the 73rd minute after he was pulled down by the arm apparently outside the Russia penalty box. Russia earlier beat Saudi Arabia 5-0 in their opening game. 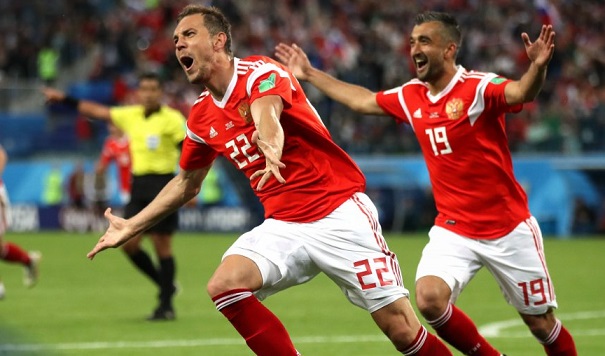 If Saudi Arabia fail to beat Uruguay in Rostov-on-Don on Wednesday, the host nation which has six points in the bag will advance to the knock-out rounds for the first time since the collapse of the Soviet Union.

Russia have scored eight goals in two matches by far in the tournament. (ANI)