At least 69 people were killed in a huge blaze that engulfed several buildings in the Chawk Bazar area.

Dhaka: At least 69 people were killed in a huge blaze that engulfed several buildings in the Chawk Bazar area, here on Thursday.

The fire broke out around 2240 hrs on Wednesday night at a chemical warehouse on the ground floor of the five-storey building named Hazi Wahed Mansion and subsequently tore through four other buildings, trapping dozens of people inside, fire officials said.

"We have so far recovered the bodies of 69 people," Mahfuz Riven, a duty officer of the Fire Service and Civil Defence, said. 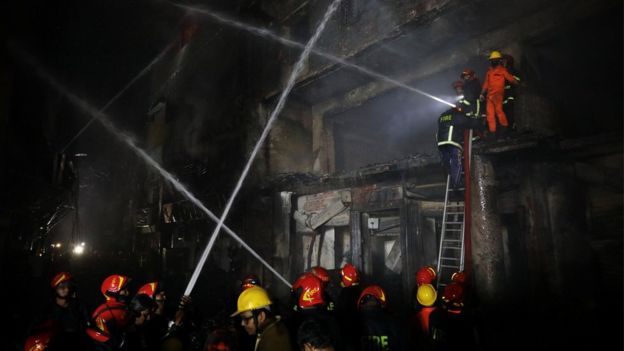 The fire might have originated from a gas cylinder before quickly spreading through the building, the country's fire service chief Ali Ahmed said.

Several families lived on the other floors of the building.

The centuries-old Chawkbazar area of Dhaka characteristically has very narrow streets and residential buildings only inches apart."There was a traffic jam when the fire broke out. It spread so quickly that people could not escape." 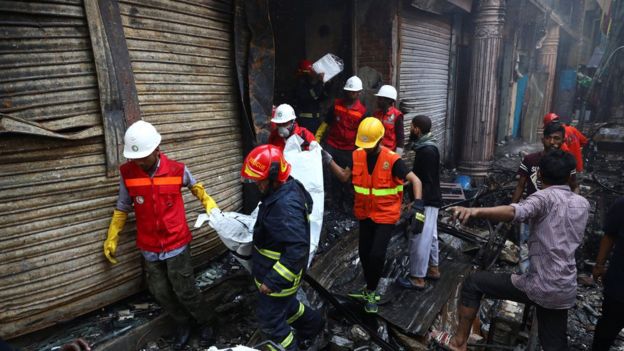 Victims also included people outside the buildings, some guests at a restaurant and members of a bridal party, deputy commissioner of Dhaka Metropolitan Police Ibrahim Khan told AFP.

Many of the victims were trapped in the buildings, according to reports, unable to escape the flames. Bangladesh has a persistent problem with building safety regulations not being followed. 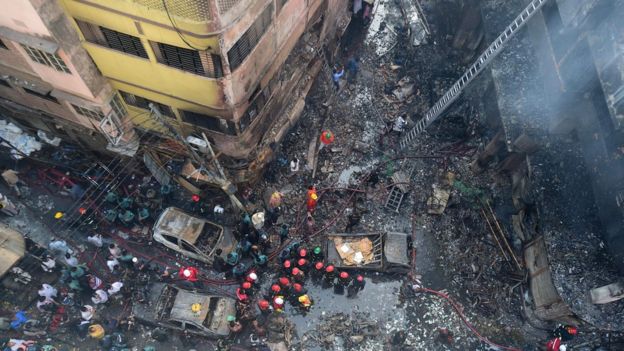 In 2013, more than 1,100 people died and thousands more were injured when a building housing garment factories called Rana Plaza in Dhaka collapsed.

PM Modi: India stands shoulder to shoulder with Bangladesh as a strong friend