First woman to land on moon will be American: Mike Pence

The United States is planning another space mission to the moon, Vice President Mike Pence said Monday asserting that the first woman to land on Earth's natural satellite will be an American.


Washington DC: The United States is planning another space mission to the moon, Vice President Mike Pence said Monday asserting that the first woman to land on Earth's natural satellite will be an American.

"At President (Donald) Trump's direction, the United States will return to the moon within the next five years, and the first woman and the next man on the moon will be Americans," Pence said, in his address to the Satellite 2019 Conference here.

The Trump administration is incredibly proud that before the year ends, we will once again launch American astronauts on American rockets from American soil into the vast expanse of space, he said.

To fully unlock the mysteries of space, President Donald Trump recognises the US has to look beyond the halls of the government, beyond NASA, for input and guidance.

"That's why we assembled this Users' Advisories Group in the National Space Council, which, I'm proud to say has brought together some of the brightest minds and biggest talents in the country to help accelerate innovation across the space enterprise," he said.

More than 15,000 scientists and industry representatives from 105 countries, including India, are attending the four-day mega event beginning May 6 in Washington DC.

It is touted to be the largest commercial satellite industry event. It has featured headline keynote appearances from Amazon and Blue Origin founder and CEO Jeff Bezos, SpaceX founder and CEO Elon Musk, One Web founder Greg Wyler, among many other.

Noting that other nations are joining the space race, Pence said while their capabilities increase, the truth of the matter is that there's no guarantee nations around the world share same values, ideals, or the US commitment to freedom and the rule of law and peace. 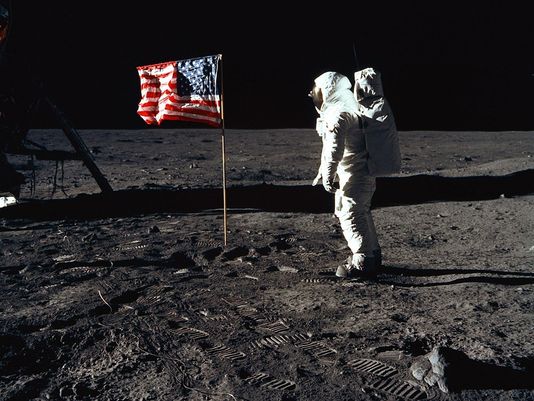 "And that's what makes our leadership in space so important," he said.

"The truth is, nations from Russia and China to North Korea and Iran have pursued weapons to jam, blind, and disable our navigation and communications satellites via electronic attacks from the ground," Pence said.

"Recently, we've even seen nations working on bringing new weapons of war into space itself. From anti-satellite weapons and airborne lasers, to highly threatening, on-orbit activities and evasive hypersonic missiles, our competitors and our adversaries have been aggressively developing and deploying technologies that put our technology and put our prosperity and our security at risk," said the vice president.

"Today, we recognise space a war-fighting domain, just like the land [and] air and sea," Pence quoted Trump as saying. And America is going to be as dominant for its security in space, as it is here on Earth, he asserted. 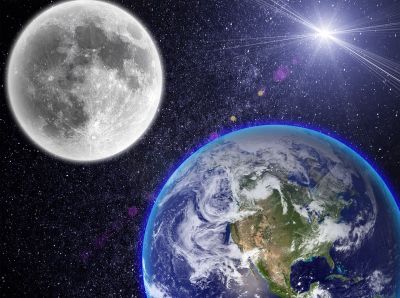 "From the first days of this administration, we've been rebuilding our military, restoring the arsenal of democracy. And last year, President Trump signed the largest investment in our national defense since the days of Ronald Reagan, including renewed resources to enhance the resilience of our space defense systems," he said. (PTI)

James Comey's sacking not due to Russia probe, say Pence

Remains of 55 US servicemen from Korean War returned