Union Finance Minister Nirmala Sitharaman visited the flood-affected areas in Belgaum here on Saturday to take stock of the situation.

During the visit, Sitharaman visited the flood relief shelters in the region and met the people. She had arrived in Bangalore earlier today, from where she travelled to Belgaum. 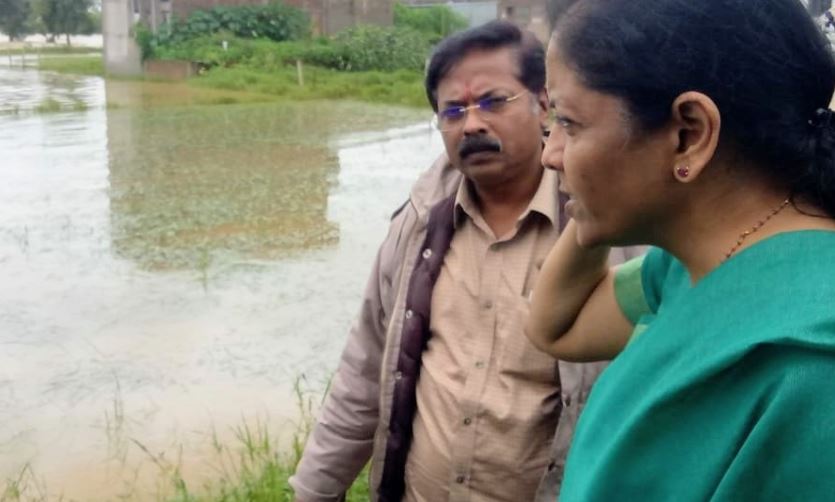 The BJP leader is a Rajya Sabha MP from Karnataka. Earlier today, Chief Minister BS Yediyurappa announced compensation of Rs 5 lakh to the next of kin of people who lost their lives in the floods that have crippled the state.

He also informed that 24 people have been killed while over two lakh have been evacuated from flood-affected areas across the state.

Around 1024 villages in 80 taluks of 17 districts have been affected due to the floods caused by incessant rains in the region.Several teams of National Disaster Relief Force (NDRF), State Disaster Response Force (SDRF), Army and Navy are engaged in rescue operations across the state. (ANI)

Delhi should be included in Finance Commission: Manish Sisodia