AIIMS declared that he breathed his last at 12.07 PM today in a press release. 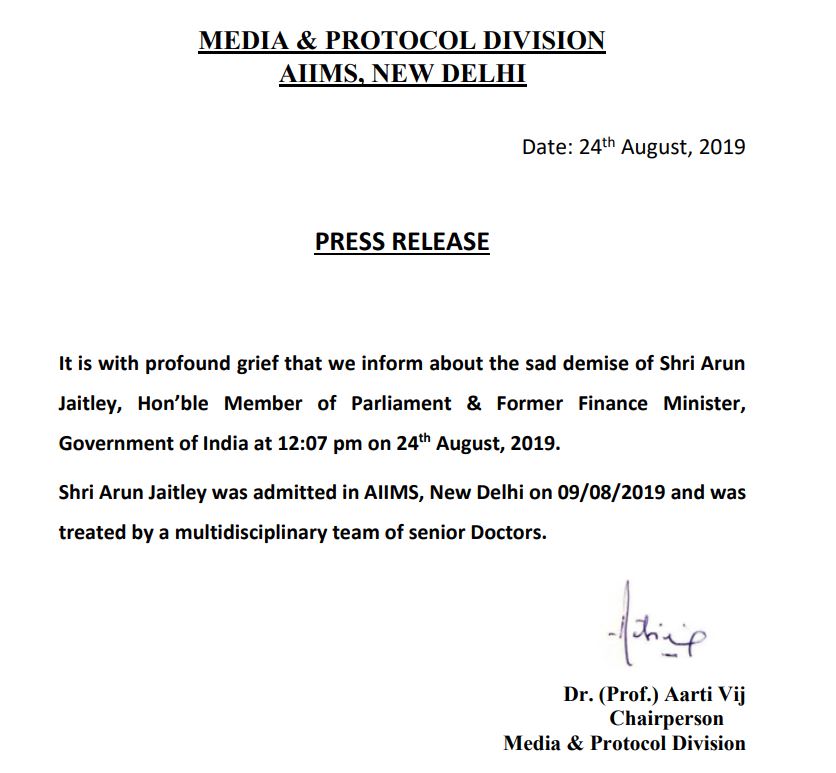 Jaitley who was 66, previously held the cabinet portfolios of Finance, Defence, Corporate Affairs, Commerce and Industry and Law and Justice in the Vajpayee government and the first Narendra Modi government. From 2009 to 2014 he served as the Leader of the Opposition in the Rajya Sabha.

He was undergoing treatment for kidney complications since 2018. He had decided not to join the new Modi cabinet citing health issues.