Injury-decimated Germany squandered a two-goal lead to draw 2-2 with Argentina thanks to Lucas Ocampos’s 85th-minute equaliser in a friendly.


Dortmund: Injury-decimated Germany squandered a two-goal lead to draw 2-2 with Argentina thanks to Lucas Ocampos’s 85th-minute equaliser in a friendly on Wednesday.

The Germans, missing a dozen players and without a single world champion in the starting line-up for the first time since the 2014 World Cup final, fielded a callow team including newcomers Robin Koch and Luca Waldschmidt. 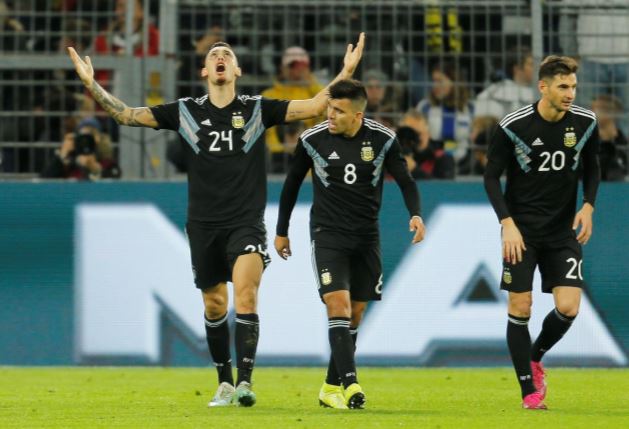 What they lacked in experience, however, they made up for in enthusiasm in the first half with Serge Gnabry continuing his prolific run with his 10th goal in his 11th international, stabbing the hosts ahead after quarter of an hour. Gnabry turned provider seven minutes later when he found Kai Havertz in the box to complete a quick move. Marcel Halstenberg rattled the crossbar with a stunning left-footed free kick as did Argentina’s Rodrigo De Paul with a long-range effort.

Argentina, without suspended world footballer of the year Lionel Messi as well as Angel Di Maria and Sergio Aguero, cut the deficit in the 66th minute through substitute Lucas Alario who instantly added more pace to their game. The Germans, who had four players making their debuts, gradually ran out of steam and the visitors completed their comeback when Alario charged into the box to lay off for Ocampos to equalise. 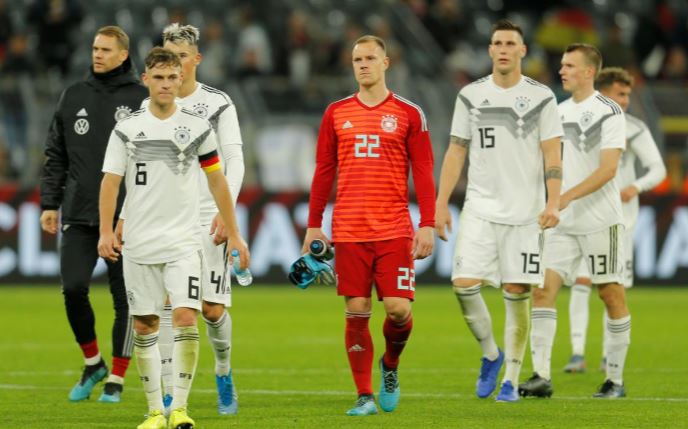 Germany next take on Estonia in a Euro 2020 qualifier on Sunday.(Reuters)