Sonam Kapoor and Anand Ahuja got married on Tuesday with a full traditional way in Mumbai. Here are some pictures of their marriage: 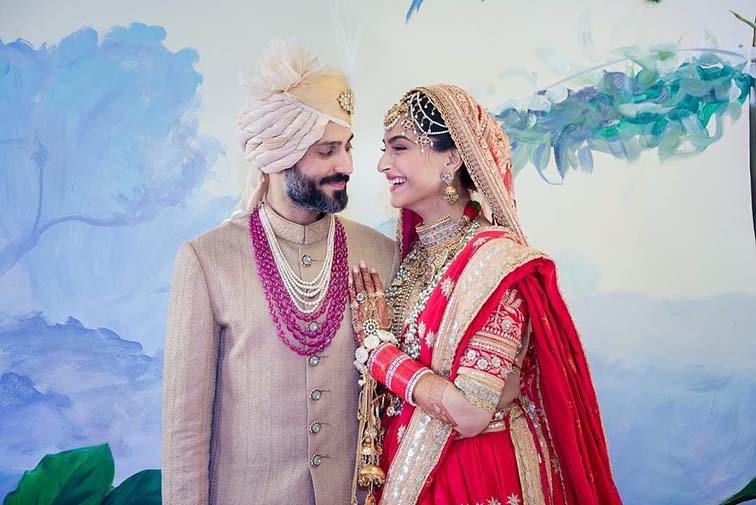 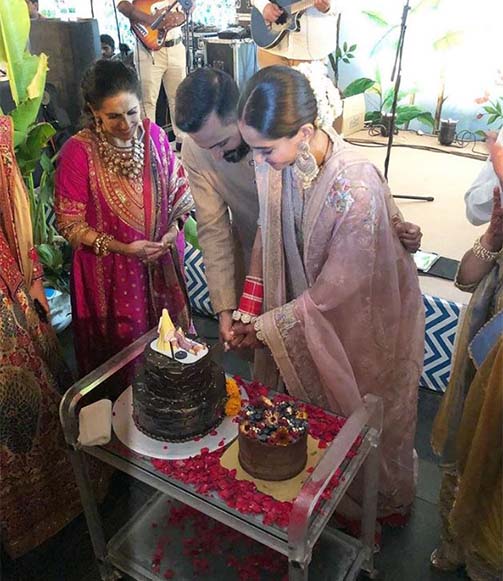 The couple celebrated their marriage by cutting the wedding cake. 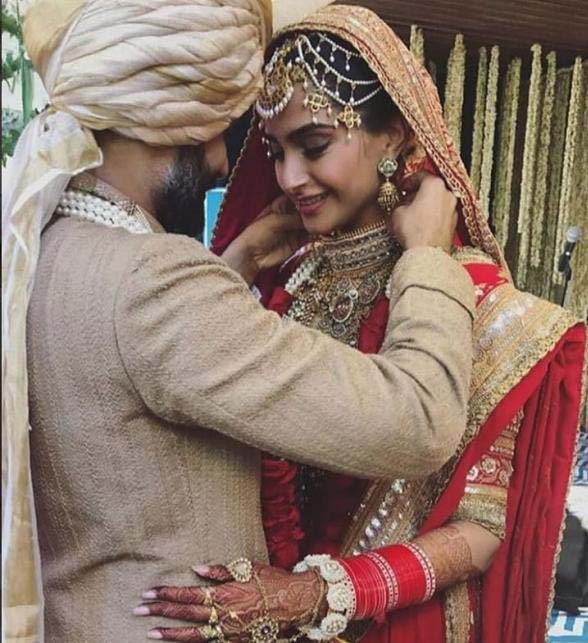 The duo captured during the marriage ritual in Mumbai. 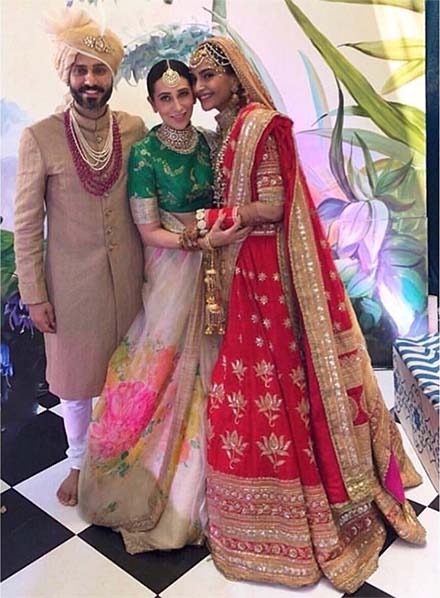 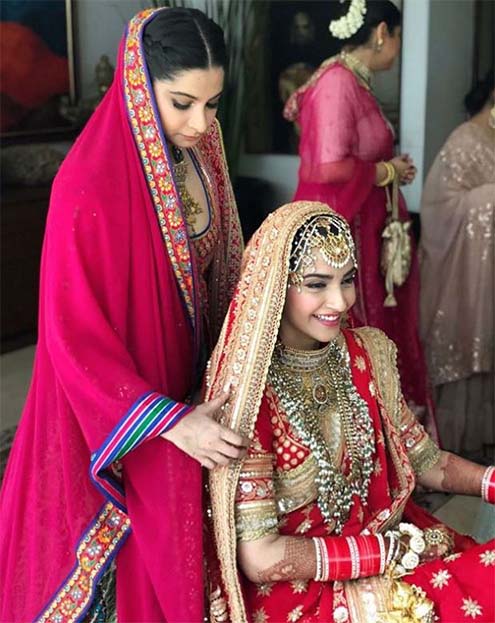 Sonam with her sister Rhea Kapor 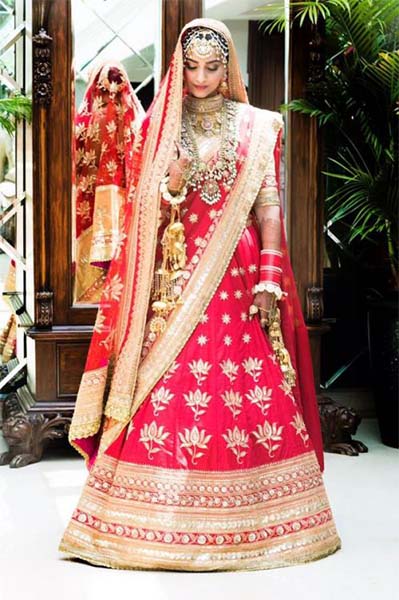 She wore a traditional red lehenga with heavy ethnic jewellery and minimal make-up. 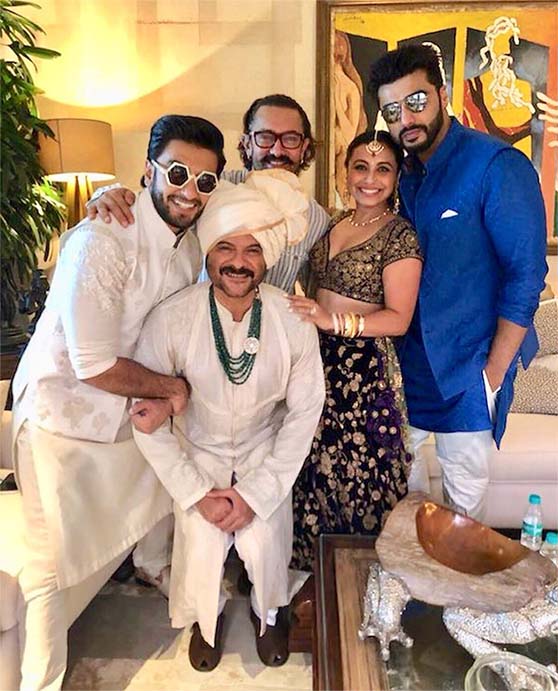 Bollywood B-town celebrities in one frame

Sonam Kapoor ties the knot with Anand Ahuja in Mumbai