Lashing out at Uttar Pradesh Chief Minister Yogi Adityanath over the Gorakhpur tragedy, the Congress stated that the former needs to pull his socks and ask his officials to take strict action

Lucknow: Lashing out at Uttar Pradesh Chief Minister Yogi Adityanath over the Gorakhpur tragedy, in which over 30 children died due to alleged lack of oxygen, the Congress on Saturday stated that the former needs to pull his socks and ask his officials to take strict action on the irregularities in the treatment of the patients. 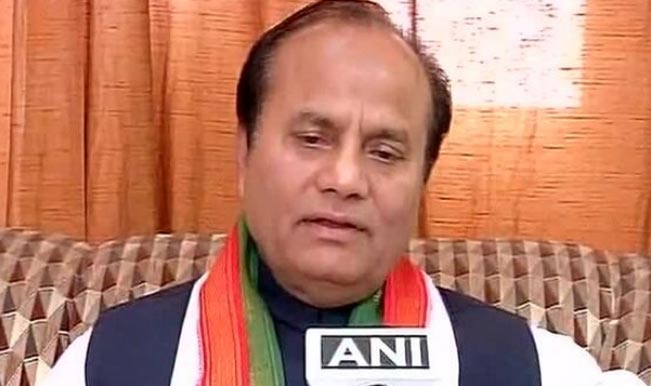 Congress leader Meem Afzal said “Gorakhpur is Adityanath’s constituency; he should always keep a keen eye on all the issues that happens in the city. 30 children dying in 24 hours came as a shock to us but till now no action or measures have been taken up by the state government. Adityanath has always given hopes to his people but now is the time he needs to prove it. He should ask his officials to take strict action on the irregularity in the treatment of the patients”.

Echoing similar views, another grand old party leader Dwijendra Tripathi stated that action should be taken on it as it is a serious issue.

“This is a shocking incident that took place. Action should be taken on it as it is a serious issue. Parents losing their kids what worst can happen to them-this grief will never leave them. This is the time the state government should stand up for its citizen and prove them that we all are one,” he said.

Yesterday, the BRD medical college recorded more than 30 children death due to encephalitis in a span of 48 hours.

Meanwhile, District Magistrate Rajeev Rautela confirmed the death of 30 children in the last two days and seven deaths in the last 24 hours. He said that 17 children had died in the neo-natal ward, five in the ward meant for patients suffering from acute encephalitis syndrome and eight in the general ward.

Rautela further added that, an inquiry committee has been set up to ascertain the exact causes of the deaths and it has been asked to submit its report by tomorrow evening. Action will be taken against those responsible.

He also said that alternative arrangements had been made from neighbouring Sant Kabir Nagar district to ensure availability of liquid oxygen for the hospital. At present, there are 50 oxygen cylinders and 100 to 150 more will be reaching soon.