Yogi's address to the public centered around security concerns, and said that Bhatkal would continue to be recognised as the haven of terrorists until an effective government comes in the state.

Bhatkal: Bharatiya Janata Party's (BJP) star campaigner for the upcoming Karnataka Assembly elections, Uttar Pradesh CM Yogi Adityanath on Tuesday raked up Bhatkal's history of communal violence as he campaigned in the town, to launch a scathing attack on the Siddarmaiah government for its inaction against "jihadi elements".

Kicking off his first rally of the day in Bhatkal, Yogi's address to the public centered around security concerns, and said that Bhatkal would continue to be recognised as the haven of terrorists until an effective government comes in the state.

"As long as we show laxity when it comes to security, remain divided among ourselves, anti-national elements will take advantage and continue to kill innocent citizens, just as in 1993, 17 people are killed here, and in 1996, BJP MLA U. Chittaranjan is murdered here, and there are a series of such incidents that have presented a threat to security in Bhatkal," Yogi said.

Yogi accused Karnataka Chief Minister Siddaramaiah of allowing "the mafias, and jihadi elements" to fester in the state with his inaction, and deduced that it was because "he does not want good governance, he does not want safety for the general public, and he has a secret agenda due to which he is encouraging social unrest and hence, Karnataka is on a rapid decline with regards to development.

"In the last five years the highest farmer suicide was reported from Karnataka, the youths of Karnataka migrated to other states the most, highest number of jihadi murders take place in Karnataka," Yogi added.

Also Read: Rahul Gandhi- He is ready for PM's post

Calling on the public to vote for BJP candidate for the constituency Sunil Nayak, Yogi urged all to let Karnataka become a land of Ram Rajya instead of a base for 'Jihadi' elements, adding that Karnataka was the birth place of Hindu God Hanuman and the land where Lord Rama first met him. 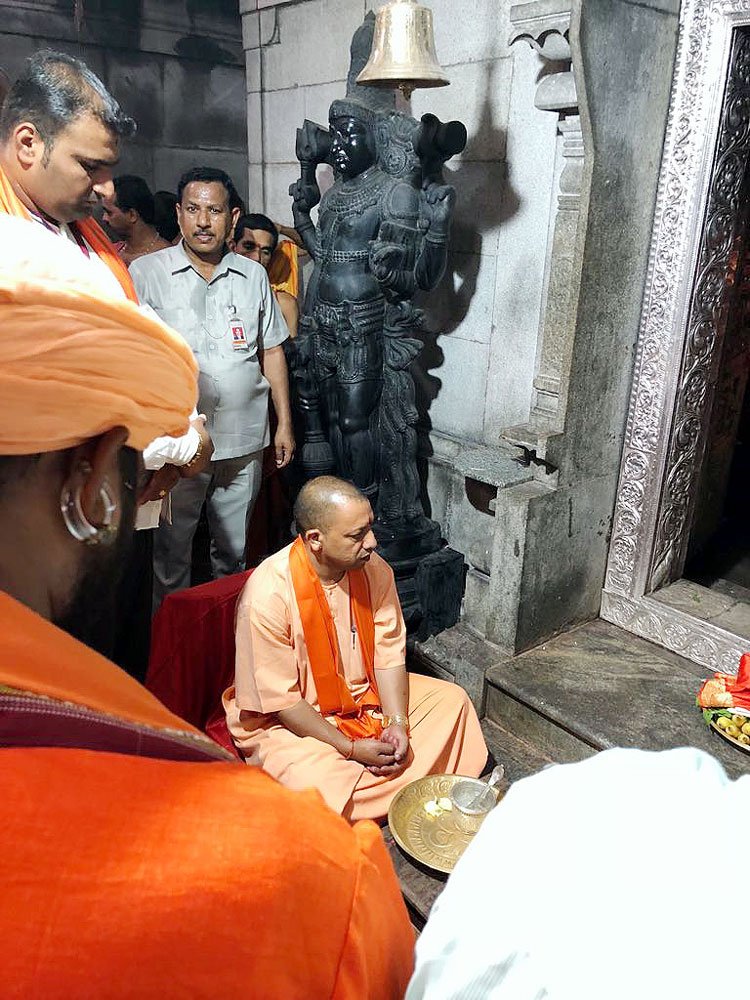 Yogi described Ram Rajya as a place "where everyone is happy and prosperous, and where the state's policies are made keeping in view the most disadvantaged section of the society.
After the rally, Yogi offered prayers at Murudeshwar Temple in Murdeshwar before heading to Byndoor, Mudabidre, Virajpet, and Sullia, where he is due to address more rallies.

With the assembly elections inching nearer, Karnataka has turned into a battlefield with both BJP and Congress indulging in aggressive campaigns.
Karnataka will go to polls on May 12 to elect representatives to the 224-seat assembly. The results will be declared on May 15. (ANI)