Prime Minister Narendra Modi on Thursday said that his government is committed to uprooting terrorism from the country and ensured that it will soon take substantial steps to destroy the terror factories set up near the borders.

Darbhanga: Prime Minister Narendra Modi on Thursday said that his government is committed to uprooting terrorism from the country and ensured that it will soon take substantial steps to destroy the terror factories set up near the borders.

He also slammed the Opposition for allegedly stating that terrorism is not an issue in India.

"National security may not be an issue for those who do 'mahamilavat' but in new India, it is a big issue. In our neighbourhood, several terror factories are running. This is the new India, we will enter terror factories," he said while addressing a rally in Bihar's Darbhanga. 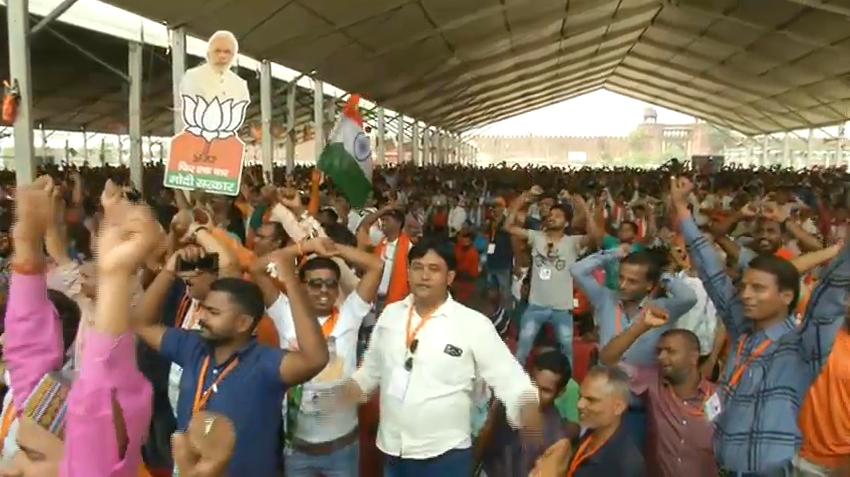 "They keep questioning that why Modi talks about terrorism. They believe that it is not an issue. You (audience) tell me -- are nationalism and terrorism, not the issues? The Opposition does not have the understanding that you all have. More than 350 people were killed in a terror attack in Sri Lanka. Is that not an issue?," the Prime Minister questioned.

In a veiled attack at CPI candidate Kanhaiya Kumar who is contesting from Bihar's Begusarai, the Prime Minister stated that "some people have a problem with Bharat mata ki Jai and Vande Mataram. "Should such people lose their deposits or not? These are the same people who complain when I talk about Bharat."

PM Modi further hit out at Opposition for questioning the outcome of Balakot air strike and for crying foul over EVM malfunction.

"After the third phase of Lok Sabha polls got over, people seeking evidence of India's airstrike, have vanished. Now, they are abusing Modi and the EVMs. These people are cut off from the grass root level and which is why they are unable to sense the mood the country," he said. 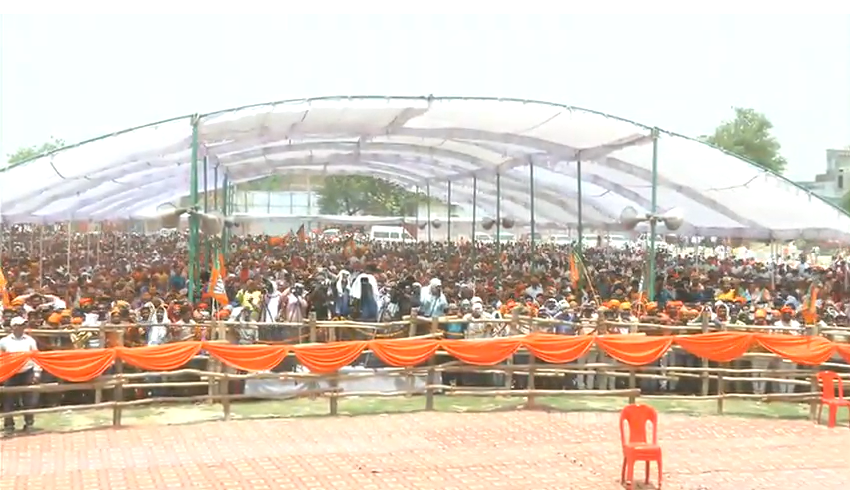 He also criticised the Congress for not fulfilling the promise it made to poor in 2004 and said, " Congress has expertise in doing scams. In the year 2004, the Congress promised in its manifesto that by 2009, every house of India will have electricity. Did they succeeded in fulfilling that?," he said in Darbhanga. In his concluding statement, the Prime Minister urged the people to cast vote in favour of the NDA candidates saying, "Your one vote can eliminate the terrorism, please support Chowkidar this Lok Sabha elections. Your votes will go to Modi and Modi is the only one which can end terrorism."