Hamas launched rockets at Tel Aviv and toward Jerusalem early on Thursday and Israel vowed to keep pummelling the Islamist faction in Gaza despite a prediction by U.S. President Joe Biden that their fiercest hostilities in years might end soon.

Tel Aviv: Hamas launched rockets at Tel Aviv and toward Jerusalem early on Thursday and Israel vowed to keep pummelling the Islamist faction in Gaza despite a prediction by U.S. President Joe Biden that their fiercest hostilities in years might end soon.

There was no immediate word of casualties from the pre-dawn salvo, which set off sirens as far as northern Nahalal, 100 km (62 miles) from Gaza, sending thousands of Israelis to shelters.

At least 67 people have been killed in Gaza since violence escalated on Monday, according to the enclave's health ministry. Seven people have been killed in Israel, medical officials said. With world powers demanding de-escalation of a conflict beginning to recall the Gaza war of 2014, Washington planned to send an envoy, Hady Amr, for talks with Israel and Palestinians.

"My expectation and hope is this will be closing down sooner than later, but Israel has a right to defend itself," Biden said on Wednesday after speaking to Netanyahu. 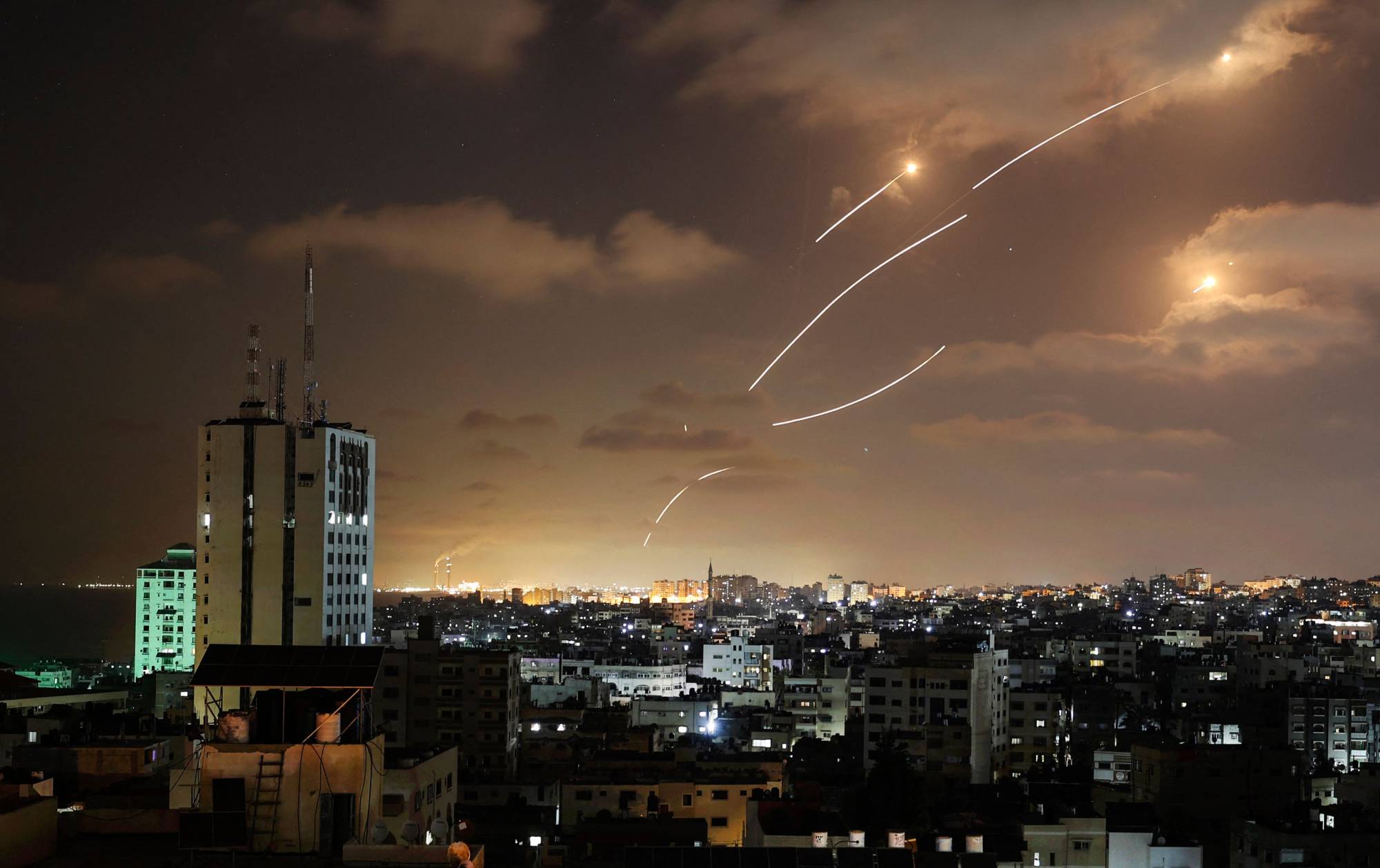 Biden did not explain the reasons behind his optimism. Netanyahu's office said he told the U.S. president that Israel would "continue acting to strike at the military capabilities of Hamas and the other terrorist groups active in the Gaza Strip".

On Wednesday, Israeli forces killed a senior Hamas commander and bombed several buildings, including high-rises and a bank, which Israel said was linked to the faction's activities.

Hamas signalled defiance, with its leader, Ismail Haniyeh, saying: "The confrontation with the enemy is open-ended."

Israel launched its offensive after Hamas fired rockets at Jerusalem and Tel Aviv in retaliation for Israeli police clashes with Palestinians near al-Aqsa mosque in East Jerusalem during the fasting month of Ramadan.

These escalated ahead of a court hearing - now postponed - that could lead to the eviction of Palestinian families from East Jerusalem homes claimed by Jewish settlers. For Israel, the targeting of the two major cities posed a new challenge in the confrontation with Hamas, regarded as a terrorist group by Israel and the United States.

A Palestinian source said truce efforts by Egypt, Qatar and the United Nations had made no progress to end the violence.

Bolsonaro plans to relocate Brazilian embassy in Israel to Jerusalem

Trump on track to become third U.S. president to be impeached

US expresses 'serious concerns' about Jerusalem clashes, evictions of Palestinians

Trump on Israeli-Palestinian peace deal: If you don't do it now, it'll never happen