The actor-singer shared a picture from her wedding ceremony on Sunday, one day after the couple tied the knot in Los Angeles, according to People magazine.

Duff captioned the portrait "This" in which the newlywed couple posed in front of a Jeep Grand Wagoneer with 'Just Married" written on the rear window.

She also tagged designer Jenny Packham. In the picture, Duff can be seen wearing a white gown with a long cape that showed off her back.

Husband Matthew also posted the same wedding photo on his Instagram and wrote, "For the rest of forever... 12.21.19."

Duff also posted a picture on her Instagram story that showed off their wedding bands. The photo was taken in a bathroom where the newlyweds are wearing bathrobes. 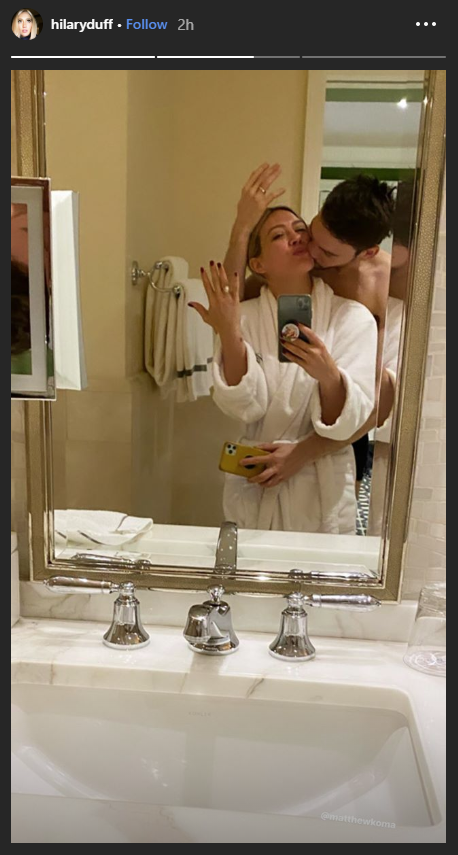 Designer Jenny Packham in a behind-the-scenes video with Vogue said, "I want Hilary to feel, how I think she wanted to feel in this dress from the direction that we had which is very modern and it's quite a bold look. And more than anything I wanted her to feel immensely confident in it, and it's a very confident look."

Also Read: I was so nervous: Shraddha Kapoor on dancing along with Prabhu Deva in 'Muqabula'

The couple got married after seven months of engagement, confirmed People magazine.

A source told that the wedding ceremony happened at Duff's house and only family and close friends were invited. (ANI)