Husband gave triple talaq over my habit of cleaning teeth with tobacco, claims UP woman

Barabanki; Uttar Pradesh:  A woman on Wednesday claimed that her husband gave her triple talaq over her habit of cleaning her teeth with tobacco and not fulfilling his dowry demands.

The woman registered a complaint in this regard at Masauli police station here. Bano's husband Mohammed Wais alleged that his wife is addicted to tobacco and a ruckus was created at his home when he forgot to get her tobacco from the market.  It's been seven months since we are married. Who will tolerate such acts which are not acceptable? Apart from that, some suspicious activities were also found when we checked her mobile phone," he claimed.

A woman in Barabanki alleges her husband gave her Triple Talaq over her habit of brushing teeth with tobacco; says,"He beats me with belt,makes videos&gives me injections.He demanded a bike, Rs.3 lakhs from my family, but my brother couldn’t give them”. Police investigation on. pic.twitter.com/I8Rzq5VVDS

However, Bano claimed that she has been tortured over dowry ever since she got married to Wais. Since the marriage, my husband and his family used to torture me over dowry. Wais used to make obscene videos and threaten me. Disturbed by all these, I informed my family about the situation," she told ANI.

Bano's brother also said his sister was a victim of torture over dowry since long. Bano was under torture at her in-laws' house. Wais runs a mobile shop. He used to make obscene videos of Bano by intoxicating her. We have given dowry at the time of marriage, but they are demanding Rs. 3 lakh now and a bullet," alleged Bano's brother Sageer. 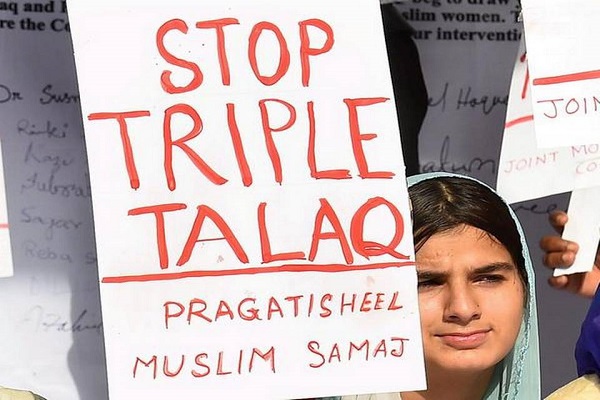 Meanwhile, a police officer said no evidence of torture over dowry has been found so far. The victim, Haseen Bano, in her complaint said that her husband and his family demanded Rs. 3 lakh and a motorbike. As of now, no evidence has been found in connection with the case," the official said. According to the complaint, Bano was given triple talaq in front of her father, following which her father got paralyzed. After examining the evidence, action will be taken accordingly. A probe is on," he added.(ANI)

UP: Muslim woman given triple talaq over dowry demand

Two arrested for killing woman over dowry in UP