A youngster from Hyderabad was stabbed to death in London by an unidentified man.

Hyderabad: A youngster from Hyderabad was stabbed to death in London on Wednesday by an unidentified man.

The deceased, identified as Mohd Nadeemuddin, was working at a mall in Tesco supermarket and was living abroad for the last six years.

Nadeemuddin was allegedly killed by an Asian, according to family friend Faheem Qureshi. 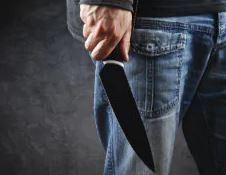 The incident came to light after family members of the deceased called the management to inform that Nadeemuddin did not return home after work. Later, after the management checked security, the youngster was found dead in the parking area.

The victim's family members have sought help from External Affairs Minister Sushma Swaraj and have urged her to help them travel to London.

More details in this regard are awaited.(ANI)