The Enforcement Directorate has arrested and is questioning Mohammad Mansoor Khan, the main accused in the multi-crore IMA ponzi scam, who landed in the New Delhi airport here from Dubai in the early hours of Friday.


New Delhi: The Enforcement Directorate has arrested and is questioning Mohammad Mansoor Khan, the main accused in the multi-crore IMA ponzi scam, who landed in the New Delhi airport here from Dubai in the early hours of Friday.

The questioning of Khan is being conducted at the ED office in the MTNL building here, sources said. The central agency had filed a case of money laundering against IMA Jewels.An 11-member SIT headed by DIG B R Ravikanthe Gowda was formed by the Karnataka government to probe the alleged fraud by the firm. Both the ED and SIT had issued lookout notice against him.

Khan, the owner and founder of I Monetary Advisory (IMA), travelled from Dubai to New Delhi after a Special Investigation Team (SIT) located and persuaded him to come to India and submit before the law, SIT chief Gowda said. 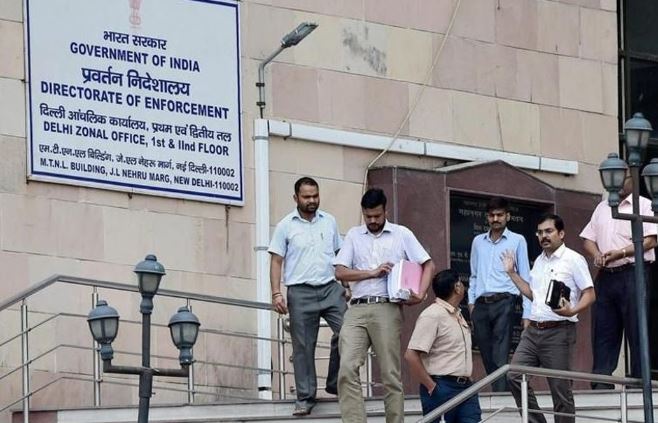 Khan was arrested after he landed in Delhi on an Air India flight.On July 15, Khan had released a video contending that he would come back to India within 24 hours.

"I am not keeping well. I need to get a cardiac operation immediately. There are three blockages that have to be operated upon. The major problem is that I cannot afford the medical expenditure here. With the blessings of Allah, I will come to India in another 24 hours on my own will. I have all trust in the Indian judiciary," said Khan in the video.

The IMA Jewels is embroiled in a case where the firm had allegedly cheated a large number of investors after promising them impressive returns on their deposits. Khan, is under investigation for duping 40,000 investors in the state. He had claimed that he gave Rs 400 crore to Congress leader Roshan Baig which he was not returning.