Pakistan Prime Minister Imran Khan on Wednesday said his country’s fighter planes transgressed into the Indian side to demonstrate their capabilities but he did not want a war as the two countries, with the kind of “weapons” they have, cannot afford “miscalculations”.


Islamabad: Pakistan Prime Minister Imran Khan on Wednesday said his country’s fighter planes transgressed into the Indian side to demonstrate their capabilities but he did not want a war as the two countries, with the kind of “weapons” they have, cannot afford “miscalculations”.

In a brief televised address, he said he understands the “pain” of families of the victims of Pulwama attack and was ready to cooperate in the investigations and to have a dialogue on the issue of terrorism.

Khan again claimed that his government does not favour terrorism, either emanating from Pakistan or coming into Pakistan, as it is not in its "interest".

He referred to India’s air strike in Balakot yesterday and said Pakistan wanted to respond yesterday itself but waited to assess the damage caused, because otherwise it would have been “irresponsible” on part of his country. Indian Air Force yesterday carried out strikes at a Jaish-e-Mohammad (JeM) terror training camp in Balakot, in which a large number of terrorists were killed.

Claiming that no damage was caused by the Indian strike, Khan said his country too did not want any “collateral damage” in the Pakistan Air Force strike in India.' 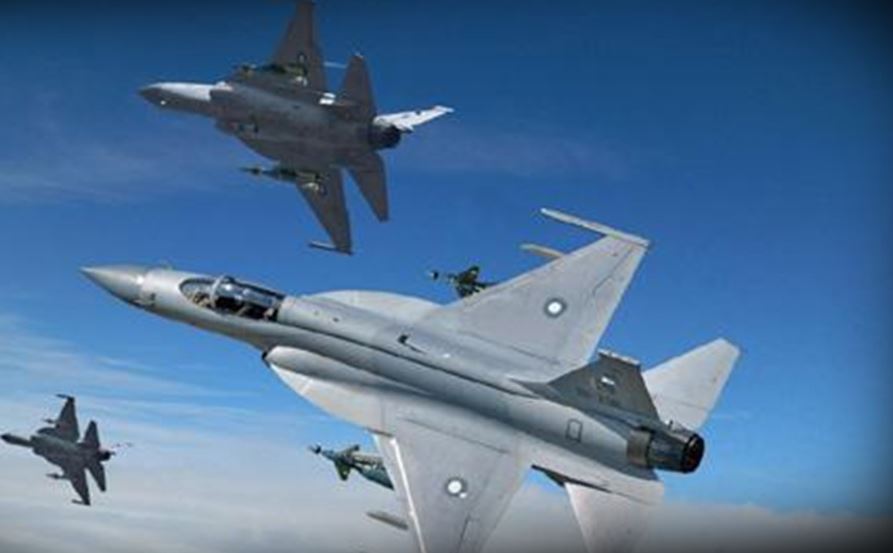 He said two Indian MiG fighters, while chasing the Pakistani jets, this morning, came to the Pakistani air space and were “shot down”. "Their pilots are with us”, Khan claimed.

India said it foiled Pakistani attempt to carry out strike in Jammu and Kashmir, by shooting down one F-16 fighter of Pakistan Air Force while losing its own MiG-21 fighter after which a pilot went “missing in action”.

“Now, from here where do we go? Nobody knows where a war can lead to,” the Pakistan Prime Minister said.

He cited the examples of World War-I, World War-II and America’s war against terror in Afghanistan, saying these became a prolonged affair once started.

“There are miscalculations in wars,” Khan said, adding that “considering the weapons you have and we have, can we afford miscalculation? If it goes out of hand, who will control?“

While mentioning about “weapons”, he was apparently referring to the nuclear weapons. He said if a war starts, it will not be in the interest of either him or the Indian Prime Minister Narendra Modi.

“We are ready to have a dialogue. I understand the pain of the families of victims of Pulwama incident.... You (India) want any kind of dialogue on terrorism? We are ready. Better sense should prevail. We should sort out issues through dialogue,” he said.

He added that he had stated it earlier also that Pakistan was ready to cooperate with India in investigations into Pulwama attack to see if any of those in his country was involved.

“But you cannot be judge, jury and executioner,” Khan told India. (ANI)