"Witnessing the exchange of Memorandum of Understanding between #India and #CostaRica on waiving visa requirements for Diplomatic and Official passport holders and the signing of the Letter of Intent to collaborate in the field of #Biotechnology," Naidu's official Twitter account noted.

There are many new areas of collaboration that hold potential to take our bilateral relations to new heights.
Costa Rican strengths that we desire to take advantage of include eco tourism, clean transport,education, desire to have zero carbon emission economy by 2021.#CostaRica pic.twitter.com/fEDjvRUrRm 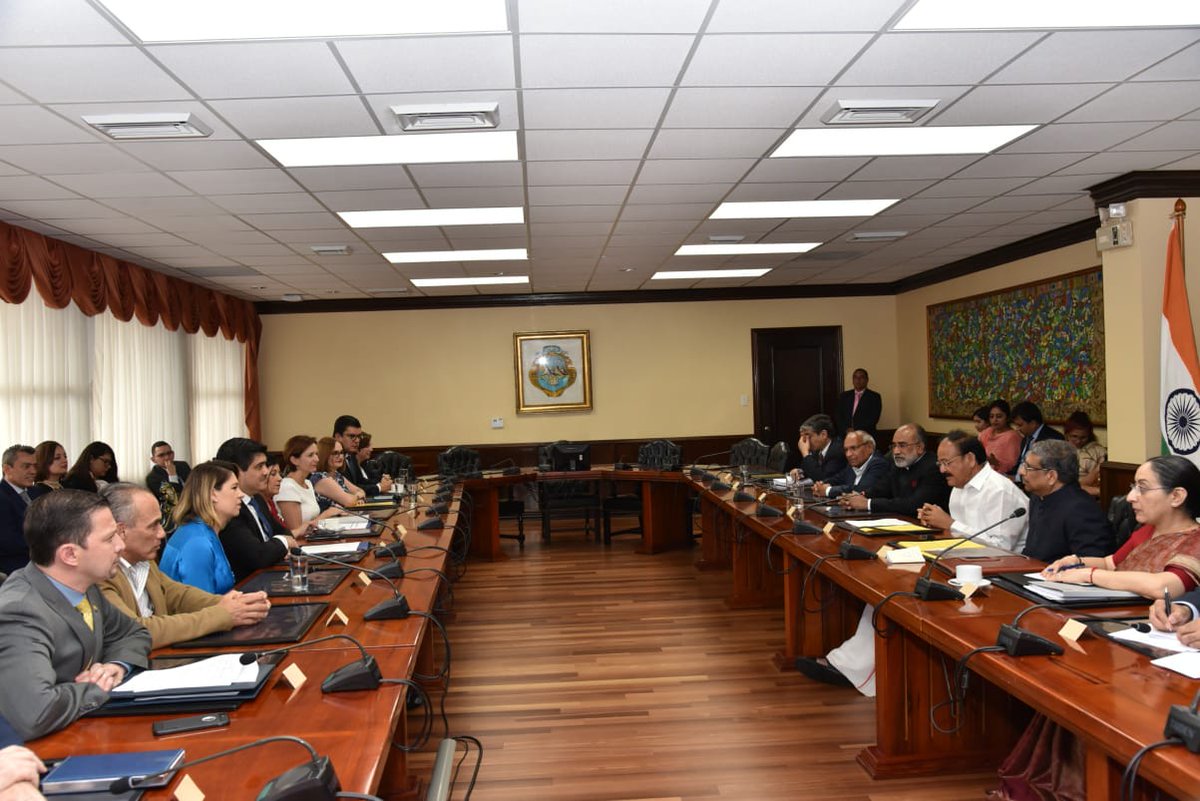 Naidu stated that he held fruitful and cordial exchanges covering a range of area of mutual interest with the Costa Rican President.

"India is a peace loving country but has been a target of terrorism from across our border for the last few decades. We discussed in detail the menace of terrorism and the need to fight in one voice against individuals and terrorist groups engaged in terrorist activities," the Vice President's Twitter account quoted him as saying.

"Based on our fruitful exchanges, we are confident that our mutual efforts will open up new and innovative vistas for deepening ongoing engagement between both countries," he also said following the delegation level talks. 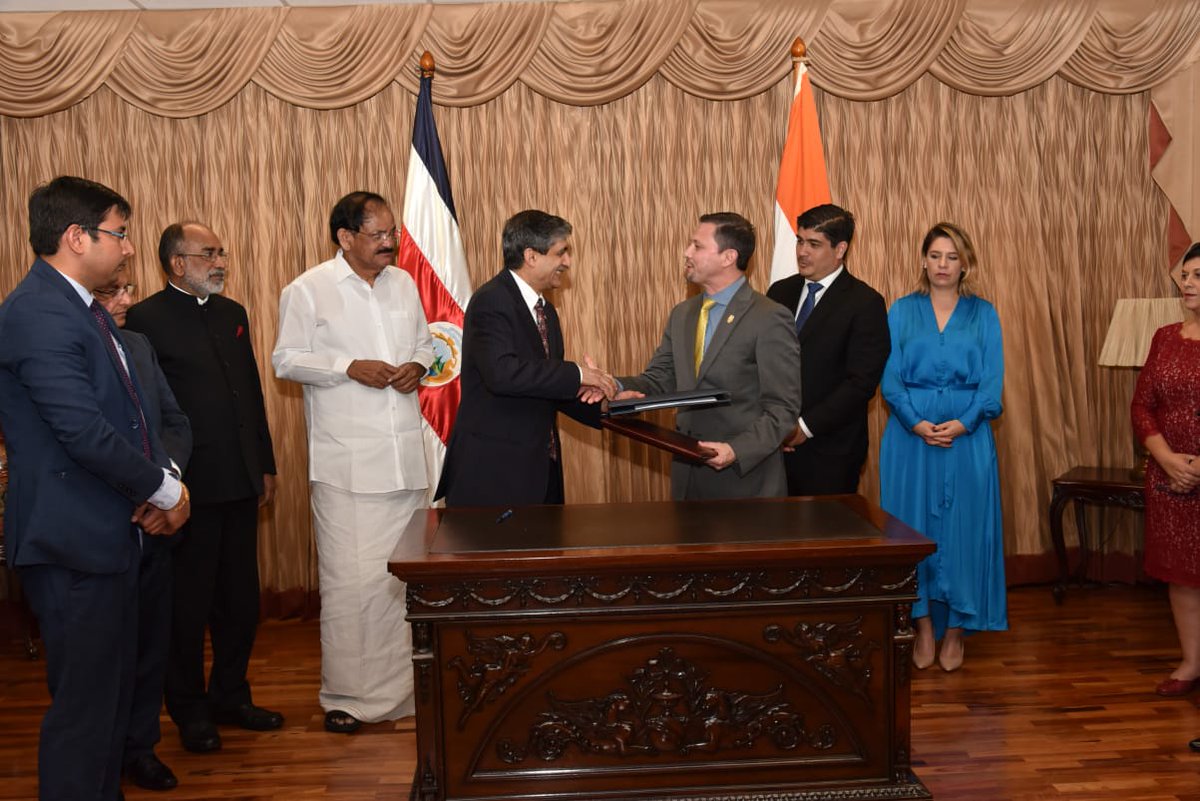 Naidu was earlier conferred with an honorary Doctorate degree at the University of Peace here.

He is scheduled to emplane for India on March 9, wrapping up the first high-level, five-day visit from India to Paraguay and Costa Rica (ANI)

Venkaiah Naidu to swear-in as 13th Vice President of India

You are testing the patience of countrymen: Venkaiah Naidu in RS