India climbed one spot to 129 among 189 countries in the 2019 human development index, according to a report released by the United Nations Development Programme (UNDP) on Monday.

New Delhi: India climbed one spot to 129 among 189 countries in the 2019 human development index, according to a report released by the United Nations Development Programme (UNDP) on Monday.

In India, 27.1 crore people were lifted out of poverty from 2005-06 to 2015-16, UNDP India resident representative Shoko Noda said while releasing the UNDP's development report 2019 "Beyond income, beyond averages, beyond today: inequalities in human development in the 21st century".

India's development initiatives like the Pradhan Mantri Jan Dhan Yojana (for financial inclusion) and Ayushman Bharat (for universal health care) were crucial in ensuring that "we meet our promise to leave no one behind and fulfil PM's vision of development for all", she said. Noda said the steady progress of India was due to nearly three decades of rapid development, which had seen a dramatic reduction in absolute poverty, along with gains in life expectancy, education, and access to health care.

As per the HDI, no other region has experienced such rapid human development progress, she said. 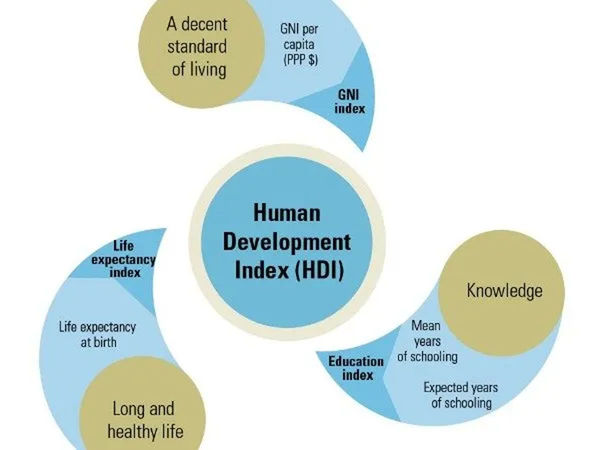 South Asia was the fastest growing region witnessing 46 per cent growth during 1990-2018, followed by East Asia and the Pacific at 43 per cent.

Elsewhere in the region, Indonesia and the Philippines both joined the ranks of countries with high human development.

She said for countries like India, which had shown great success in reducing absolute poverty, "We hope that HDR 2019 sheds light on inequalities and deprivations that go beyond income. How we tackle old and new inequalities, ranging from access to basic services such as housing to things like access to quality university education, will be critical to whether we achieve the Sustainable Development Goals".

Beyond these gains in basic standards and capabilities, however, the picture becomes more complex, Noda added.

The report also found that despite progress, group-based inequalities persist in India, especially affecting women and girls. While East Asia and the Pacific ranks second highest on the gender development index, Republic of Korea stood first in the region.

Yet worldwide among regions, South Asia has the widest gender gap on the HDI. Singapore has the region's lowest incidence of intimate partner violence against women.

The report stated that a staggering 31 per cent of women in South Asia have experienced intimate partner violence. India is only marginally better than the South Asian average on the gender development index (0.829 vs 0.828), and ranks at a low 122 of 162 countries on the 2018 gender inequality index. According to the report, more Indian men and women were showing biases in gender social norms, indicating a backlash to women's empowerment.

As the gap in basic standards is narrowing, with an unprecedented number of people escaping poverty, hunger and disease, the necessities to thrive have evolved, it said.

"The next generation of inequalities is opening up, particularly around technology, education, and the climate crisis These inequalities in human development are a roadblock to achieving the 2030 agenda for sustainable development," the report stated.

Among others UNDP Development Economist Swastik Das and UNDP Adviser, Gender and Social Inclusion Alka Narang highlighted the key points of the report.(PTI)