India dismissed South Africa for 191 runs in their second innings on the fifth and final day to win the opening Test by 203 runs.

Visakhapatnam: India dismissed South Africa for 191 runs in their second innings on the fifth and final day to win the opening Test by 203 runs here on Sunday.

Defending a 395-run target, India rode on bowling exploits of Ravindra Jadeja and Mohammed Shami to complete the win and help the team take a 1-0 lead in the three-Test series.

Shami took five wickets and Jadeja scalped four, while Ravichandran Ashwin took one to equal Sri Lankan great Muttiah Muralitharan in becoming the joint fastest to take 350 wickets. Resuming at 11 for one, South Africa were reduced to 117 for 8 at lunch. 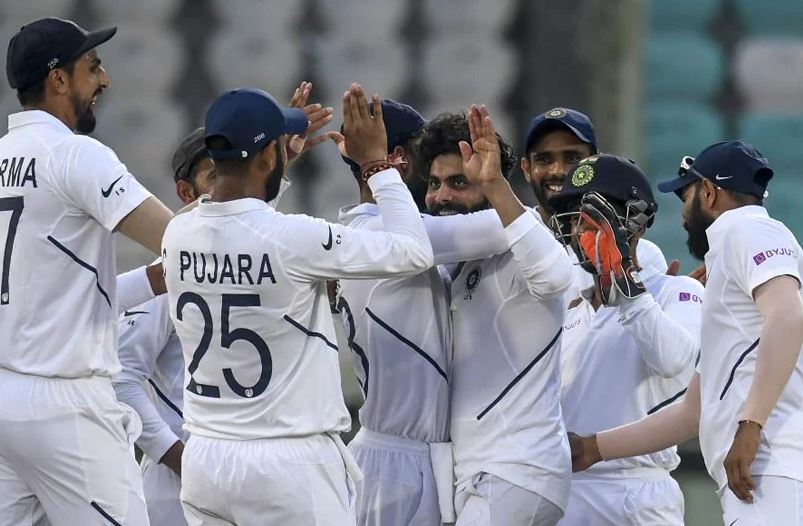 In the post-lunch session, the Proteas lost the remaining two wickets, bundld out for 191 in 63.5 overs.

On Saturday, India declared their second innings at 323-4 in 67 overs to set an improbable 395-run target for South Africa.

South Africa were 11-1 at stumps on day four. Earlier, the Proteas were bowled out for 431 in their first innings in reply to India's 502 for seven declared.