However, his rehabilitation period has not been finalised yet but it is speculated that he might be off the field for at least nine months.


Ranchi: Australian all-rounder Mitchell Marsh is almost certain to miss the tenth edition of the Indian Premier League (IPL) owing to a shoulder injury.
Marsh, who was already ruled out of the remaining two Tests against India, went through a surgery on Monday.

However, his rehabilitation period has not been finalised yet but it is speculated that he might be off the field for at least nine months.

"Mitchell has been playing with a shoulder injury for most of the summer," ESPNcricinfo quoted David Beakley, Australia's team physio as saying after the Bengaluru Test, which the visitors lost by 75 runs.

"We have been managing up until now, but unfortunately it has progressively deteriorated to a point where he is unable to function at the level required," he added. 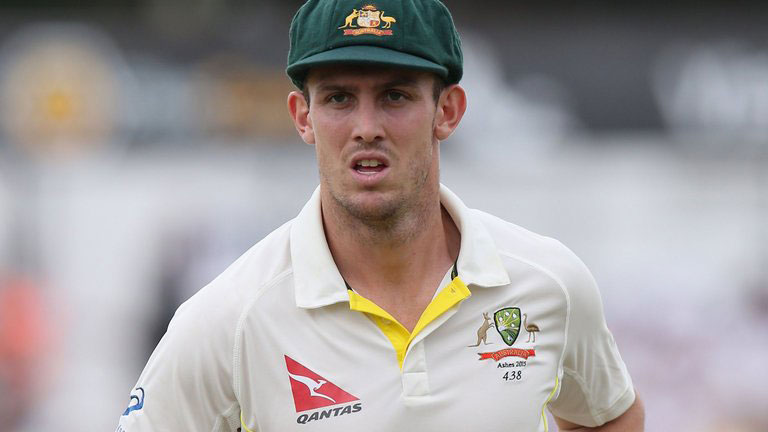 Marsh, who was bought by Supergiant at the 2016 auction, was injured during the last season of the IPL as well and went home after being ruled out with a side strain. The all-rounder has performed well in the IPL since his debut in 2010 and could have provided the stability in the middle of the batting order.

However, his absence might not be as bad for the Supergiants as they have the likes of Ben Stokes, who emerged out as the costliest player at this year's auction.

He was bought by the franchise for a whopping amount of Rs. 14.5 crores, thus becoming the second most expensive player to be purchased behind Yuvraj Singh, who was once snapped up for Rs. 16 crores by Royal Challengers Bangalore.

Mitchell Marsh: India will 'certainly' come hard at us in Bengaluru

Pujara comes out in support of Kohli ahead of Dharamsala Test

India were 360/6 at stumps on Day 3 against Australia

The first day of India vs Australia Test match