Iraqi security forces shot dead at least six anti-government protesters in Baghdad on Thursday and killed four others as they broke up a sit-in in the southern city of Basra, police and medical sources said.

Baghdad: Iraqi security forces shot dead at least six anti-government protesters in Baghdad on Thursday and killed four others as they broke up a sit-in in the southern city of Basra, police and medical sources said. 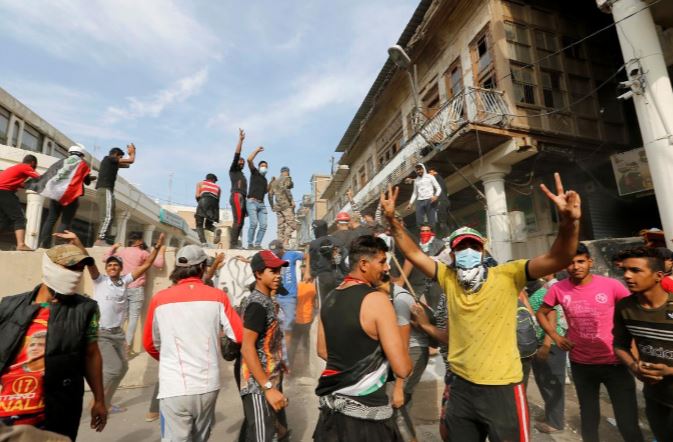 Scores more were wounded in the clashes as weeks of deadly violence in Iraq over protests against an entrenched political elite showed no signs of abating. Security forces used live fire against protesters near Shuhada Bridge in central Baghdad. Gunfire was used against demonstrators in Basra, the main source of Iraq’s oil wealth, who had staged a days-long sit-in.

The Iraqi government has failed to find a way out of the biggest and most complicated challenge it has faced in years. The unrest has shattered the relative calm that followed the defeat of Islamic State in 2017. 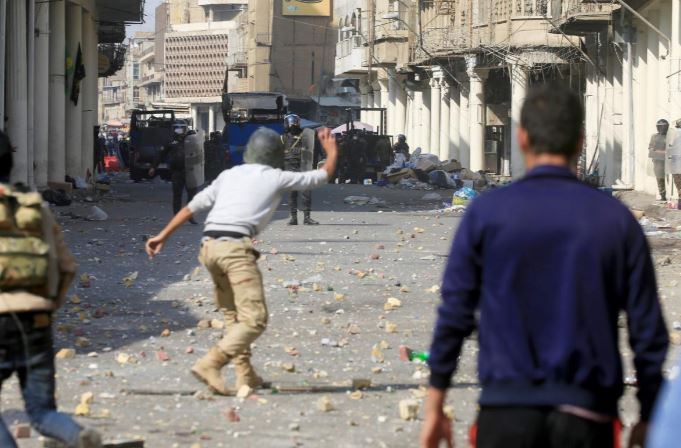 A crackdown by authorities against mostly unarmed protesters has killed more than 260 people since demonstrations began on Oct. 1 over lack of jobs, chronic power and clean water shortages, poor education and healthcare and corruption. Protesters, mostly unemployed youths, blame a political elite that has ruled Iraq since the toppling of Saddam Hussein in 2003, and demand a complete overhaul of the political system.

The economy is beginning to feel the pinch.

Internet outages imposed by the government to try to stem unrest have hit the private sector, a central bank source said.

The source said private banks in Iraq had recorded losses of some $16 million per day since the internet was first shut down at the beginning of October. 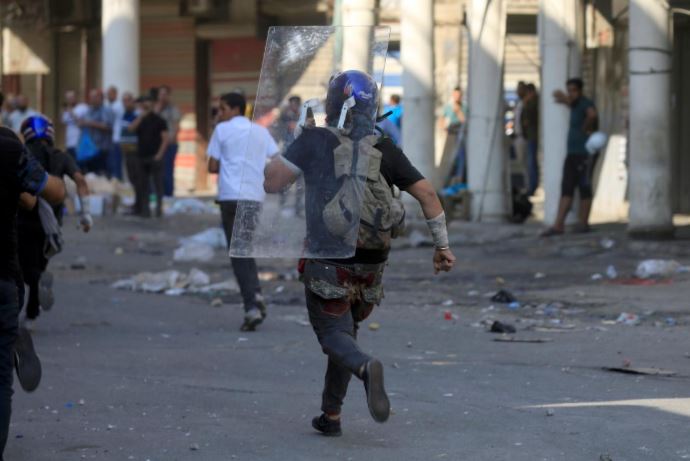 Combined losses by the private banks and mobile phone companies, money transfer services, tourism and airline booking offices had averaged more than $40 million per day, the source said - almost $1.5 billion for Iraq in just over a month. Umm Qasr briefly resumed operations early on Thursday after most protesters cleared the area. But several dozen activists, relatives of a demonstrator killed during weeks of violence, then returned to block the main gate, port officials said.

Umm Qasr receives most of the grain, vegetable oils and sugar that Iraq depends upon.

Oil and security officials said operations resumed on Thursday at the nearby Nassiriya oil refinery, where protesters had stopped fuel tankers entering or leaving the day before.

Oil production and exports have not been significantly affected by the unrest, oil ministry officials say. 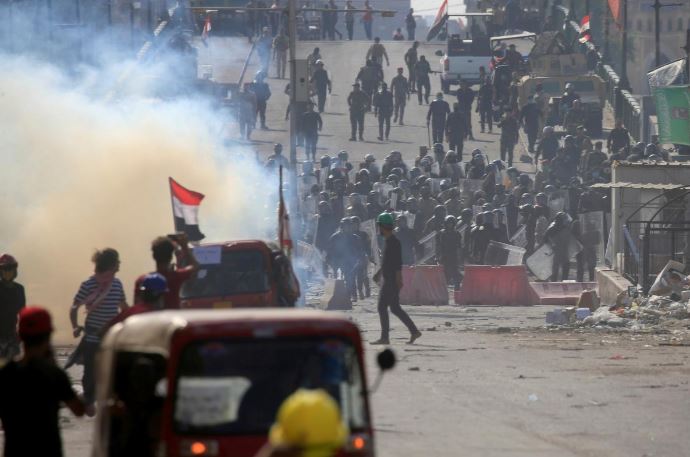 But the halting of fuel tankers that transport fuel from the Nassiriya refinery to regional gas stations caused fuel shortages across the southern Iraqi province of Dhi Qar. The refinery had recently been producing around half its capacity, oil officials said.

The internet returned briefly in most parts of Iraq on Thursday but went out again after 1:00 p.m. local time (1000 GMT). The government says it is enacting reforms but has offered nothing that is likely to satisfy most protesters.

Stipends for the poor, more job opportunities for graduates and pledges to punish a handful of corrupt officials have come too late for those demanding an overhaul of state institutions, a flawed electoral process and system of governance that has fuelled endemic corruption, many Iraqis say. (Reuters)

Powerful earthquake in Iraq kills at least 207 in Iran

5 killed, 90 injured in clashes with security forces in Iraq

11 killed in IS attack on Hashd Shaabi members in Iraq