It's a big day for actress Sonam Kapoor as today she has completed 10 years in films since her debut in Sanjay Leela Bhansali's 'Saawariya' in 2007.

New Delhi: It's a big day for actress Sonam Kapoor as today she has completed 10 years in films since her debut in Sanjay Leela Bhansali's 'Saawariya' in 2007.

The 32-year-old actress thanked her fans for making her journey "so successful." Since her debut, the actress has starred in movies like 'Neerja,' 'Aisha,' 'Khoobsurat,' and 'Delhi 6.'

Sonam, who is currently shooting for her upcoming flick 'Veere Di Wedding' in Bangkok, took to Instagram and put out posters of films that she has done so far starting from 'Saawariya' to 'Neerja.'

The pictures were captioned, "10 years and it's been one hell of a journey! I'm soo grateful for everything I have achieved! 10 years and counting..Can't believe it's been 10 years since my debut! I have learnt so many things, Gratitude , Patience , Acceptance, Perseverance, Love... Thank you all for making this journey so successful for me! 10 years and still learning everyday! ?? All these years would mean absolutely nothing if it wasn't for my fans and the way y'all supported me through thick and thin. Thank you so much for the love ?" 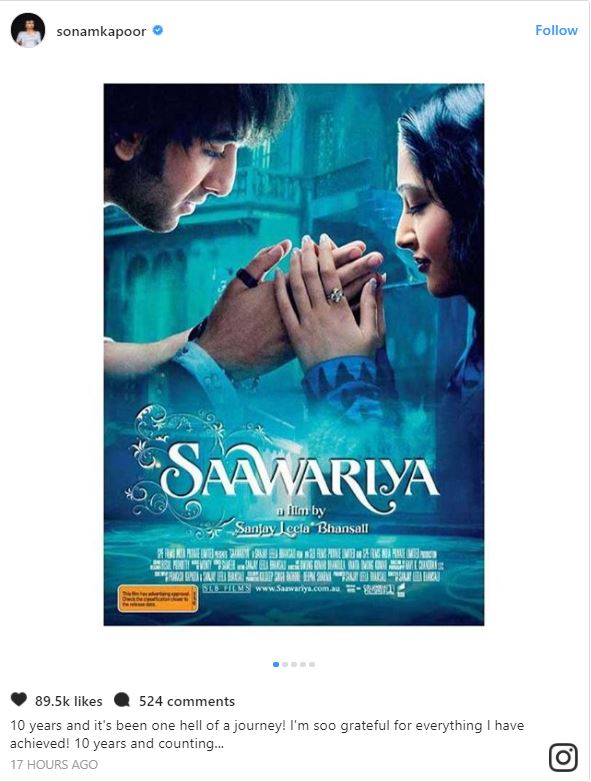 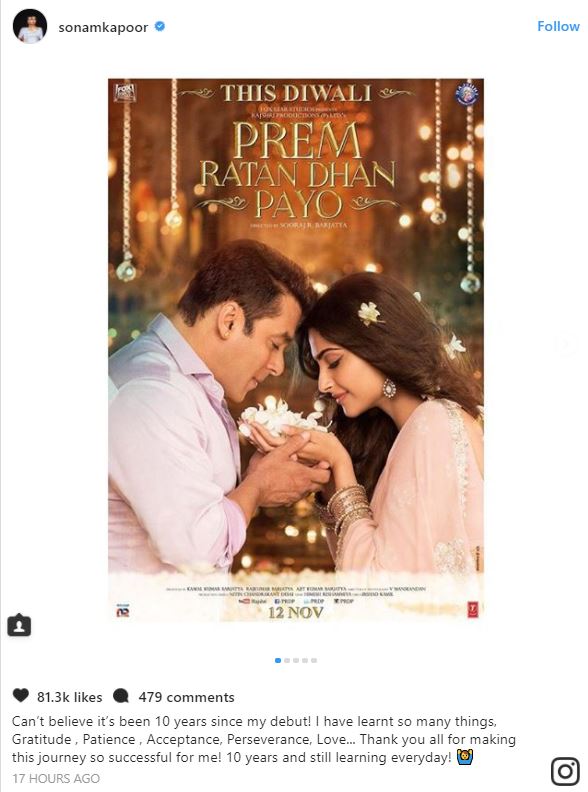 Also Read: Trailer Out! Salman is the 'India Rambo' in 'Tiger Zinda Hai' 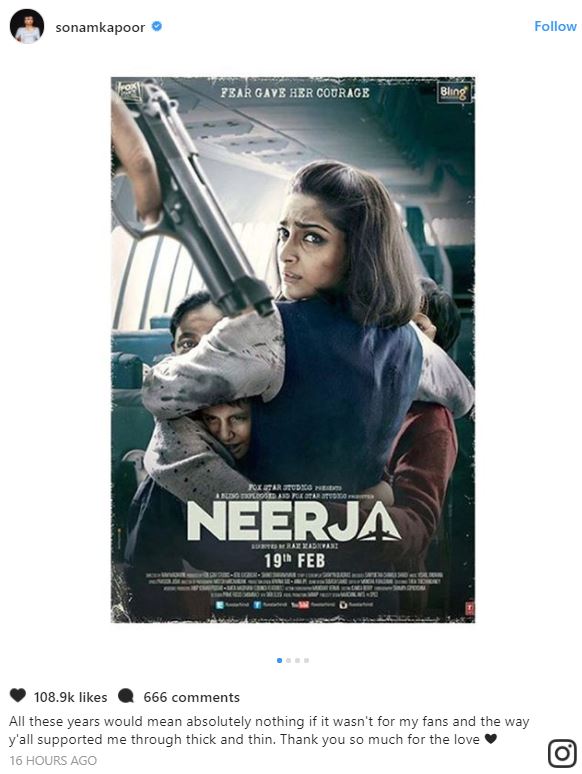 On the work front, her upcoming film 'Veere Di Wedding,' which also stars Kareena Kapoor Khan, Swara Bhasker and Shikha Tulsania, is all set to hit the theatres on May 18. (ANI)

Veere Di Wedding has got its release date