US President Donald Trump’s daughter Ivanka Trump will lead the American delegation at the Global Entrepreneurship Summit in India, starting from November 28. 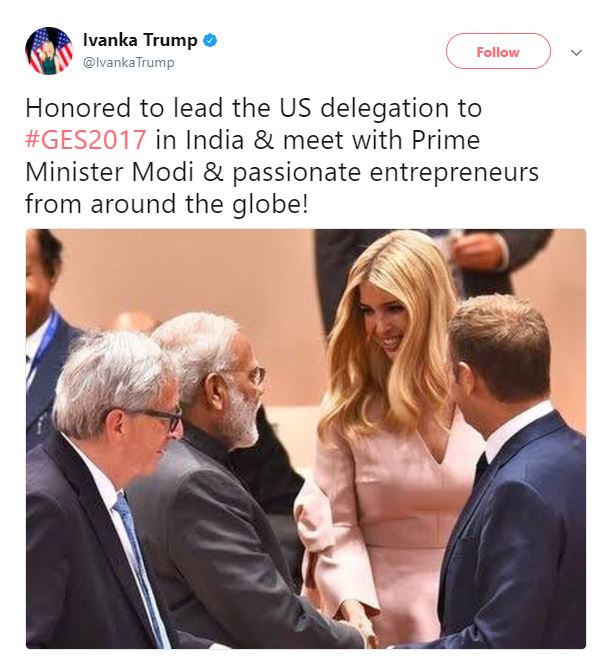 Responding on Twitter, Ivanaka said, "Honored to lead the US delegation to #GES2017 in India & meet with Prime Minister Modi & passionate entrepreneurs from around the globe!.

Trump has said that his daughter would use the GES 2017 conference to promote women's entrepreneurship around the world.

Prime Minister Narendra Modi had invited Ivanka to visit the country during his meeting with President Trump in Washington in June at the White House.

The Prime Minister confirmed Ivanka's impending visit on his own account, tweeting that he was looking forward to her trip to India.

"Look forward to Ms. Ivanka Trump's presence at # GES 2017 Hyderabad as the leader of the US delegation," Modi tweeted Thursday.

The U.S. and India will co-host the three-day summit in Hyderabad that aims to present entrepreneurs a platform to meet startups and global leaders from across the world. (ANI)

International: Donald Trump says he is liked more in India than in US