External Affairs Minister S Jaishankar on Monday said that the trade talks between India and the United States have progressed and an agreement will come into being soon.

Washington DC: External Affairs Minister S Jaishankar on Monday said that the trade talks between India and the United States have progressed and an agreement will come into being soon.

Jaishankar made the comments after he met Secretary of State Michael Pompeo in Washington DC. Both the ministers held wide-ranging discussions on bilateral issues including trade. The meet comes two days after Prime Minister Narendra Modi returned to New Delhi after concluding his week-long trip to the US. The two ministers expressed satisfaction over Prime Minister Narendra Modi's September visit.

"Trade issues have progressed," he told reporters at a press conference saying that the two countries would reach a trade deal "soon".

A good conversation with @SecPompeo focusing on the further progress of our bilateral relations. Also discussed important regional and global issues. Welcomed the continuing development of a key partnership. pic.twitter.com/cckktoXt1X

India and the US are in the advanced stages of trade discussions with prospects of an early resolution. "The two of us discussed the trade issues and how it has progressed and we have seen some early results out there. The two ministers and the negotiating teams have been talking to each other and are discussing how to address the trade frictions," Jaishankar asserted.

Monday's dialogue is also the fourth meeting between Jaishankar and Pompeo in the last four months. The meeting came at a time when New Delhi and Washington are in advanced stages of trade discussions aimed at reaching a trade deal soon.

Tensions on the trade front between the two countries had emerged in June after US President Donald Trump revoked preferential trade privileges, in response to which India imposed tariffs on 28 US products, including almonds and apples.

India had been the biggest beneficiary of the Generalised System of Preferences (GSP), a programme designed to help developing countries sell to US consumers.

The External Affairs Minister is on a three-day visit to Washington DC during which he is also scheduled to meet US Defence Secretary Mark Esper, the new National Security Advisor Robert O'Brien and Kevin McAleenan, the acting Secretary of Homeland Security. Jaishankar was also questioned on Trump's repeated offer to mediate between India and Pakistan over Jammu and Kashmir, to which the minister said that New Delhi's policy on mediation remained unchanged. 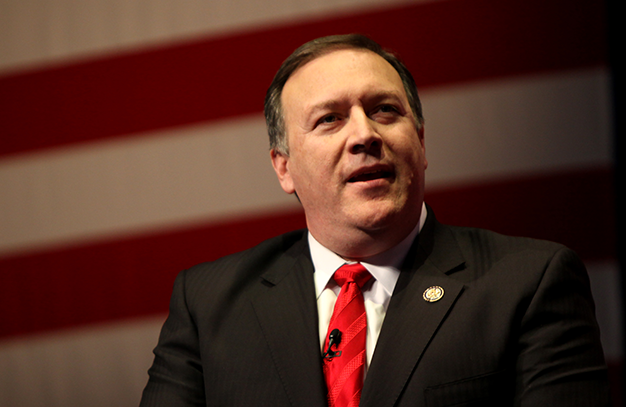 "India has been clear for forty-odd years that we will not accept mediation. Whatever has to be discussed will be done bilaterally," he said.

When asked if there were any discussions on India's decision to purchase S-400 missile systems from Russia with Pompeo or the issue will come up in the upcoming US Defence Secretary's meeting in Washington, Jaishankar brushed over the issue, and said nothing was discussed in the bilateral with Pompeo.

He also said that reporters will be updated if there will be any further talks on the issue with the S Defence Secretary.

On October 2, Jaishankar will attend a reception to commemorate the 150th birth anniversary of Mahatma Gandhi and the 90th birth anniversary of Martin Luther King Jr, pegged as a celebration of the legacies of the two great leaders. Jaishankar is scheduled to jointly address at the Library of Congress with Speaker of the House of Representatives Nancy Pelosi, who is second in line to the US presidency after the vice-president.

That's not all for the former diplomat turned statesman. The minister also has a string of back-to-back public and private events lined up at top think-tanks in the S capital to talk about India's viewpoint on global issues and India post-elections. (ANI)

Jaishankar: Afghan soil should never be used for anti-India activities