Japan’s No. 3 automaker Nissan Motor Co on Tuesday trimmed its loss forecast for the current financial year by more than a third as the automaker benefited from a rebound in demand led by China and cost cuts.

Tokyo: Japan’s No. 3 automaker Nissan Motor Co on Tuesday trimmed its loss forecast for the current financial year by more than a third as the automaker benefited from a rebound in demand led by China and cost cuts.

The rebound in the world’s biggest auto market following a coronavirus-induced slump is helping Nissan and other global carmakers claw back sales. A shortage of semiconductors, however could dampen that recovery as it forces Nissan and its peers to curtail some output.

The revised operating loss is smaller than an average 230.1 billion yen loss forecast from 19 analysts surveyed by Refinitiv SmartEstimate.

China’s auto market grew by 6.4% in December as it continued to lead the industry’s recovery from the COVID-19 pandemic. 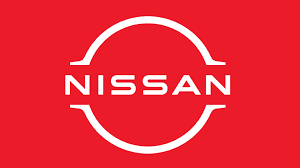 Nissan’s loss revision comes after Mitsubishi Motors Corp, a junior partner in the three-way alliance that include Renault SA, last week also trimmed its operating loss forecast for the year through March on cost reductions.

Nissan has promised to launch a slew of vehicles in Japan, China and the United States, including new electric vehicles to lure increasingly environment-conscious drivers as it draws back from the aggressive global expansion pursued by ousted former boss Carlos Ghosn.

It has pledged to slash 300 billion yen from annual fixed costs and cut capacity model numbers by a fifth.

The Nissan-Renault pair were among the weakest global automakers going into the coronavirus crisis, lacking a clear plan for using their alliance to emerge from the slump and share the burden of investing in electric vehicles and other technology.

In the three months to Dec. 31, Nissan recorded an operating profit of 27.1 billion yen versus a 22.7 billion yen profit a year ago. That compared with an average 43.57 billion yen loss estimate from seven analysts surveyed by Refinitiv SmartEstimates.(Reuters)

Nissan to focus on fuel-sipping technology and electrification in China

Volkswagen to make decision on Bugatti in H1