Jammu-Srinagar National Highway (NH-44) was closed for vehicular traffic due to a fresh landslide on Wednesday morning. Read more on Dynamite News

Srinagar: Jammu-Srinagar National Highway (NH-44) was closed for vehicular traffic due to a fresh landslide on Wednesday morning.

Earlier on Monday the highway was closed for vehicular traffic due to shooting stones in the Ramban district. 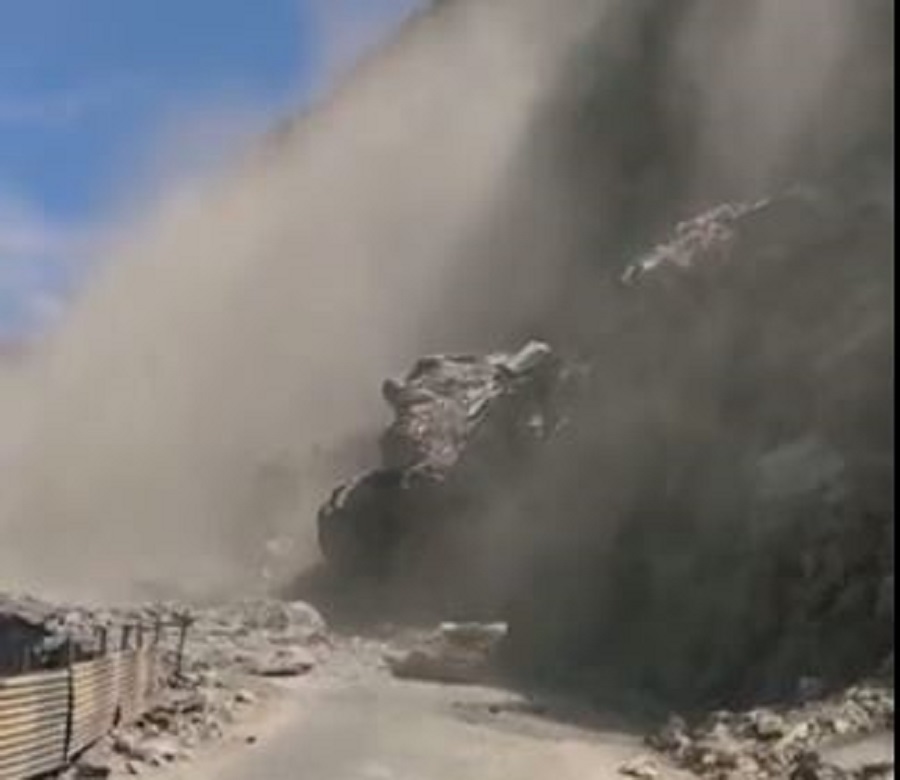 The highway is the main road which connects the Union Territory with the rest of the country. All essential supplies and vehicles pass through the highway.

A cloudburst that struck the holy cave of Amarnath on July 8 resulted in a heavy discharge of water in the 'Nallah' adjoining the holy cave and claimed 16 lives. In the tragic incident, at least 36 people were also reported missing.

Amarnath Yatra was partially suspended after the cloudburst incident and was later resumed from the Nunwan Pahalgam side on 11 July.

Jammu-Srinagar National Highway closed due to landslide in Ramban district

Jammu Kashmir: First multiplex all set to open in Kashmir after 3 decades