One terrorist affiliated to Zakir Musa was killed during an exchange of fire in an operation conducted by security forces in forests of Tral area of Pulwama district on Tuesday.


Pulwama: One terrorist affiliated to Zakir Musa was killed during an exchange of fire in an operation conducted by security forces in forests of Tral area of Pulwama district on Tuesday.

Jammu & Kashmir Police on Tral encounter: The killed terrorist has been identified as Shabir Ahmad Malik from Nagbal Tral. As per the police records, he was initially affiliated with proscribed terror outfit Lashkar-e-Taiba (LeT) and later on, he was part of Zakir Musa group. pic.twitter.com/E04vx3EKRA

The terrorist's body was retrieved from the site of encounter. The deceased has been identified as Sabir. As per the police record, he was initially affiliated with proscribed terror outfit LeT and later on was part of Zakir Musa group, police said.

"Shabir, as per police records, was wanted by law for his complicity in several terror crimes including attack on security establishments and civilian atrocities. He was part of groups responsible for planning and executing terror attacks in the area. Several terror crime cases were registered against him including case FIR No. 43/15 of Police Station Trikuta Nagar pertaining to the planning and making preparations for carrying out terror attacks in Jammu," police, said in a statement. 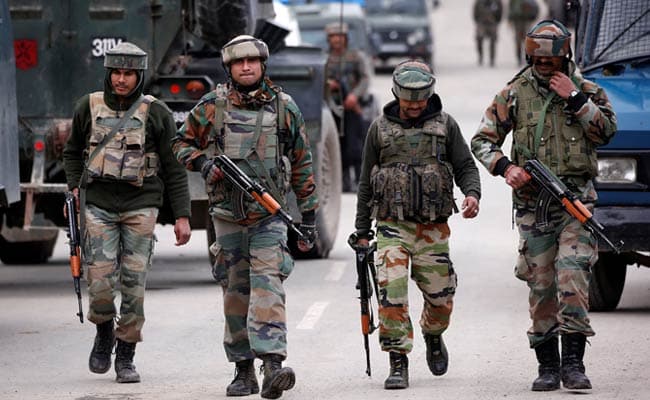 Troops of 42 Rashtriya Rifles with Special Operations Group, Tral were carrying out a cordon and search operation during which the encounter broke out.

Incriminating material including arms and ammunition were recovered from the site of encounter.

Pertinently with the efforts of police and security forces, it was a clean operation. No collateral damage happened during the encounter. On receipt of information, troops of 180 Batallion CRPF rushed to the spot for reinforcement. (ANI)

J&K: One terrorist killed in encounter with security forces in Sopore

One terrorist killed by security forces in J-K's Budgam encounter

One terrorist gunned down by security forces in J-K's Awantipora