Justice Pinaki Ghose took oath on Saturday as the first Lokpal of India.

The oath was adminstered by President Ram Nath Kovind. 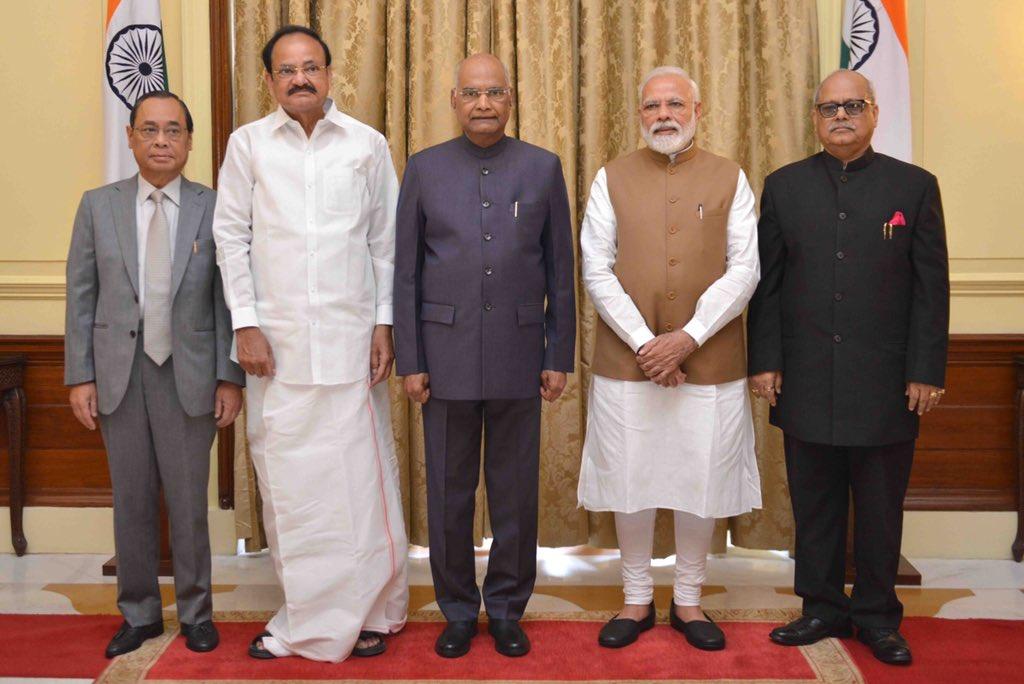 Justice Dipak Misra is sworn in as Chief Justice of India