Bhushan Kumar, producer of the film, confirmed the news by sharing a picture of the cast members. "Our next project! Pati Patni Aur Woh to go on floors soon," he tweeted.

The film is an adaptation of the 1978 drama with the same title, which featured Sanjeev Kumar, Vidya Sinha and Ranjeeta Kaur in the lead roles. The film revolves around Ranjeet (Sanjeev), who has a son with his wife Sharda (Vidya) and is also involved with his secretary Nirmala. 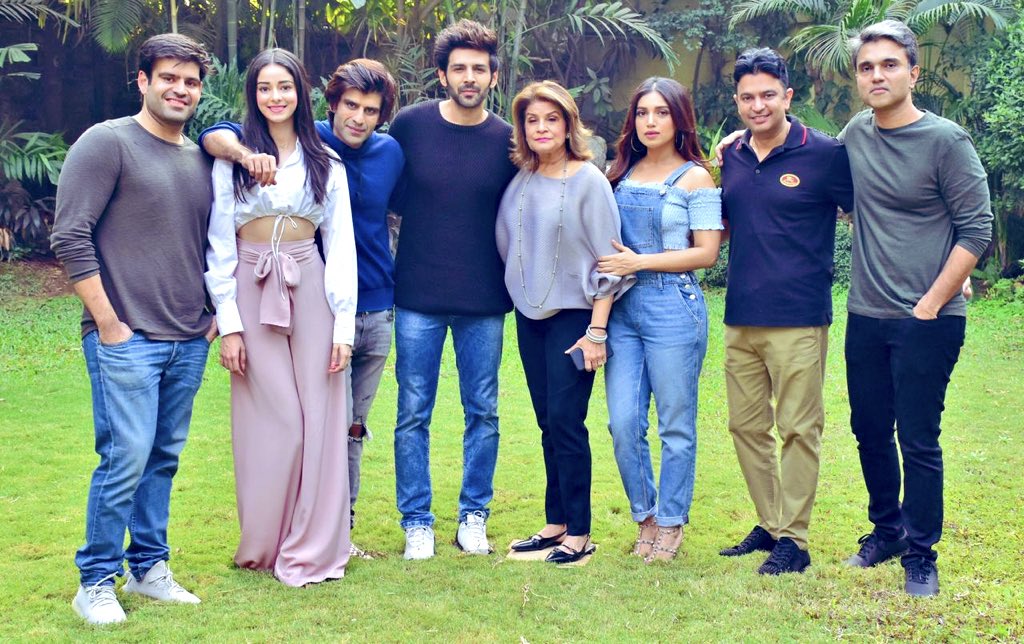 Ananya is all set to make her Bollywood debut with Karan Johar's 'Student of the year 2' alongside Tiger Shroff.

Also, Kartik Aaryan will be next seen sharing screen space with Kriti Sanon in Laxman Utekar's 'Luka Chuppi' while Bhumi is all set to hit the big screen with her upcoming film 'Sonchiriya.' (ANI)

This actress gets so much inspired by Karishma Kapoor