Wrapped in tricolor, the mortal remains have been kept at the hall for the public to pay homage. Tamil Nadu Chief Minister Edappadi K. Palaniswami and Deputy Chief Minister O Panneerselvam visited Rajaji Hall to pay their respect to the DMK chief. 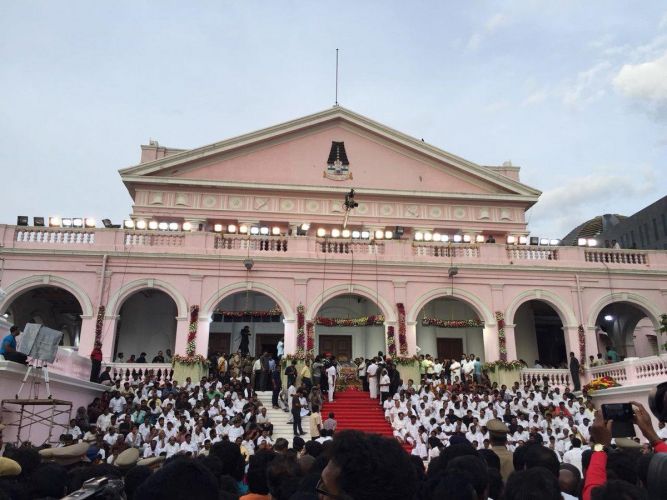 Prior to this, the mortal remains of Karunanidhi was kept at his Gopalapuram residence and was later taken to his daughter Kanimozhi's residence in CIT Colony for the homage. 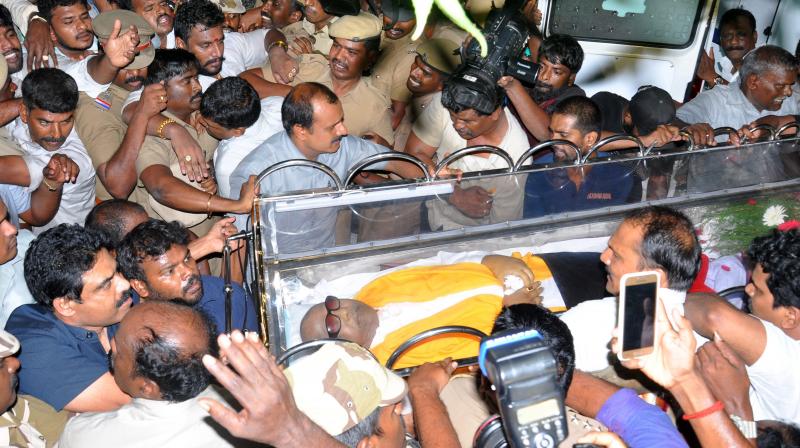 The 94-year-old political leader passed away on August 7 after prolonged illness. He will be accorded with the state funeral later in the day. However, the place of his burial has not yet been confirmed.

PM Modi pays his tribute to Karunanidhi at Rajaji Hall