Kerala: Police officer foils deadly attack on him in Thiruvananthapuram

A video of a fatal attack on a police sub-inspector (SI) is going viral on the social media. SI acted swiftly, thwarted the attack and overpowered the attacker. Read full story on Dynamite News: 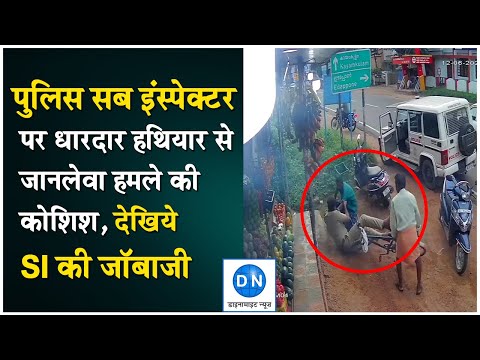 Thiruvananthapuram: A video of a police sub-inspector abruptly attacked by a man with a machete during his routine patrolling in the area is getting viral on social media.

SI showed exemplary courage. He not only failed the lethal attack but also nabbed the attacker leaving everyone around shocked and surprised.

According to the information, this video going viral is from Thiruvananthapuram. On 12 June SI Arun Kumar was on patrolling duty in the area. Suddenly a person stopped his jeep and as Arun Kumar came out of the jeep, the accused tried to attack him with a machete.

SI Arun Kumar said, "On June 12, one of the accused stopped my vehicle and tried to attack me with a machete without any provocation while I was on patrol."

Death toll in Kerala climbs to 22