London: Several people were left injured after an explosion on a Tube train at the Parsons Green Station in London.

The injured have suffered facial burns after the reported blast in a bucket towards the rear of the District Line train.

A Metropolitan Police spokesman said, "The police were called at approximately 08:20 hrs on Friday, September 15 to Parsons Green Underground Station following reports of an incident on a tube train."

"The officers from the Metropolitan Police Service and the British Transport Police are in attendance along with the London Fire Brigade and the London Ambulance Service. We would advise people to avoid the area," the spokesman added.

Natasha Wills, the Assistant Director of Operations at the London Ambulance Service, said, "We were called at 8:20 a.m. to reports of an incident at Parsons Green underground station." 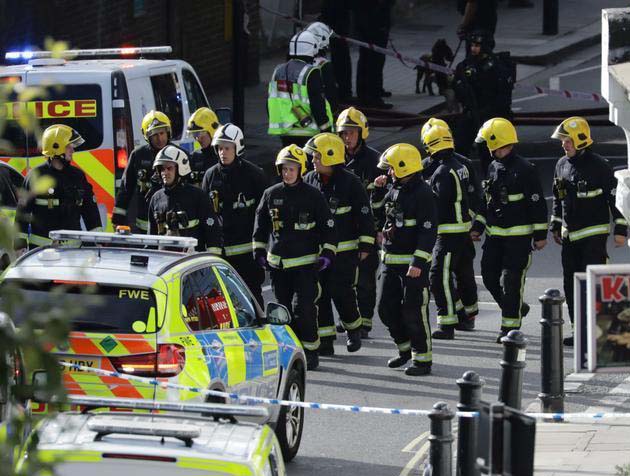 "We have sent multiple resources to the scene including single responders in cars, ambulance crews, incident response officers and our hazardous area response team, with the first of our medics arriving in under five minutes," Wills added.

Wills further said that their initial priority is to assess the level and nature of injuries.

A witness reportedly saw "a flash and a bang" in a bag holding the container, which is said to have had wires coming from it, on the packed rush-hour carriage. (ANI)

Russia bombed site near US forces in Syria in ISIS fight