A gold medal at the BWF World Championships continued to elude Indian ace shuttler P. V. Sindhu as she was dominated by Spain's Carolina Marin in Sunday's showpiece encounter.

Nanjing: A gold medal at the BWF World Championships continued to elude Indian ace shuttler P. V. Sindhu as she was dominated by Spain's Carolina Marin in Sunday's showpiece encounter. 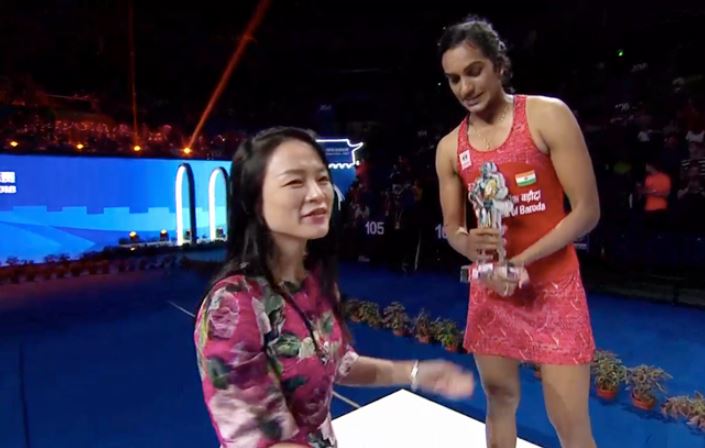 Having lost the 2017 final to Nozomi Okuhara of Japan, who Sindhu defeated in the semi-final to book her spot against Marin, the current World No. 3, who has twice finished second (2017 and 2018) twice finished third (2013 and 2014) at the World Championships was eyeing the chance to become the first Indian woman to win the competition.

However, the Spaniard, who also limited Sindhu to the silver medal at the Rio Olympics, stretched her advantage in their head-to-head record to 7-5 by recording a 21-19, 21-10 win to become the first woman to win the World Championship gold medal thrice. 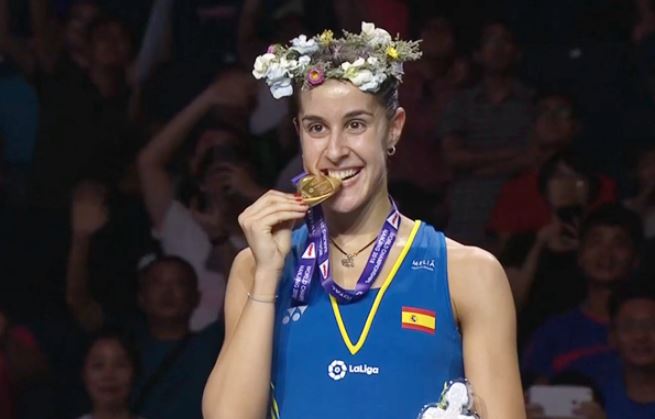 Having started the game strongly, numerous unforced errors from Marin resulted in her conceding her early lead in the first game and with Sindhu in the lead at 14-9, Marin displayed a champions' mettle to bring the scores level at 15-15. After winning two consecutive points from 18-18, Marin was at the cusp of victory in the first game and although Sindhu did win a point to make it 19-20, Marin won the first game to draw first blood. 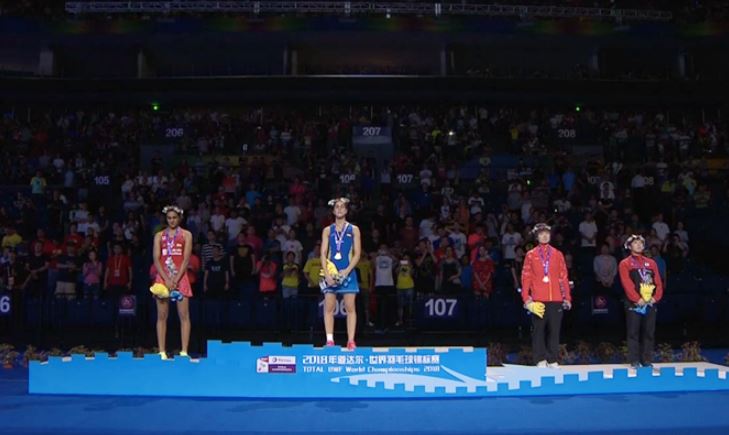 Marin was emphatic in the second game, racing to a 5-0 lead, and had won 17 points by the time Sindhu reached 5, with the Indian unable to cope with the reigning Olympic champion, who soon added to her World Championship triumphs in 2014 and 2015 as she took won the match point at 20-10. (ANI)