Kristen Stewart comes out as a fighter as a mystery awaits her in the recently released trailer of her forthcoming film 'Underwater'.


New York: Kristen Stewart comes out as a fighter as a mystery awaits her in the recently released trailer of her forthcoming film 'Underwater'.

The first trailer of the film which dropped on Monday features Stewart as one of the members of a stranded submarine crew.

It begins with an intense yet engrossing music with a radio message, "You are now 5,000 miles from land and you are descending seven miles to the bottom of the ocean." 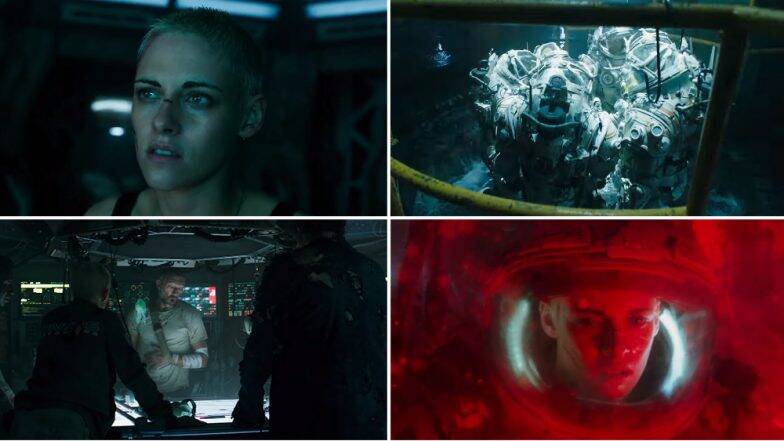 Not only is the crew dealing with a water-filled submarine, but an unknown underwater creature which is trying to grab on any individual it sees. The two-minute eighteen-second long trailer shows Stewart in an all new avatar with a butch cut hairstyle.

The movie follows the story of an underwater researchers' crew who must scramble to safety following an earthquake which devastates their subterranean laboratory.

With William Eubank in the director's chair, the upcoming feature stars T.J. Miller, Vincent Cassel and John Gallagher Jr. along with Stewart. The film will come as the 'Twilight' actor's next big release after her outing in 'Charlie's Angels' which is hitting the theatres this year on November 15.

'Underwater' is scheduled for a release next year on January 10.(ANI)