Nepal by-polls: Bomb explodes near a polling station in Kaski

An explosive device detonated near a polling station in Kaski District of Nepal as voting for by-elections to elect people's representatives for 52 vacant posts in Kathmandu Valley started on early Saturday morning.

Kathmandu: An explosive device detonated near a polling station in Kaski District of Nepal as voting for by-elections to elect people's representatives for 52 vacant posts in Kathmandu Valley started on early Saturday morning.

The incident happened in Naya Bazar in Kaski District, with no casualties being reported so far, an official confirmed.

"Investigation about who is behind the incident is being carried by the police. People again have turned up to vote at the polling station and the security has been beefed up," Paudel added. 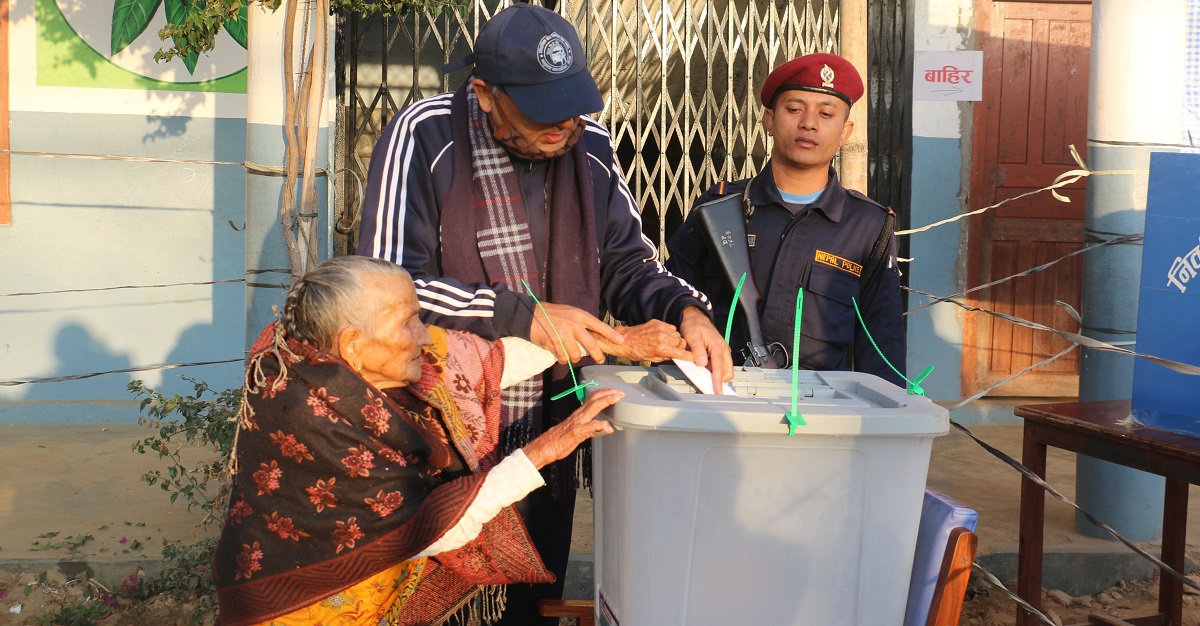 Polling started from 7 a.m. (local time) for one seat of Lower House, three seats of Province Council and 48 seats of the local bodies.

The voting is being held for a member of the House of Representatives in Kaski constituency-2, while for State Assembly members in Bhaktapur, Baglung and Dang. Similarly, the election is also underway for the mayor at Dharan Sub-Metropolitan City.The Election Commission of Nepal had earlier stated that three layer of security has been deployed in and around the polling stations.

A total of 750 police and over 500 armed police force have been deployed around the polling stations, along with the Nepal army patrolling over the area regularly.<br>A total of 4, 54 114 voters are eligible to vote in the election and 337 candidates are on fray.

Top ruling party leaders, including co-chair Pushpa Kamal Dahal, have admitted that the Nepal Communist Party (NCP) will face a tough time maintaining the seats they got in the previous polls. However, the Nepali Congress, which has the opportunity to grab the seats it had lost in the last election, does not have any better prospects, given its lethargic performance as an opposition as well as controversies of its own, say analysts.

While the by-elections won't change the existing dynamics of the government, they do help cement existing values and rebuild trust among voters, and provide a gauge of votes before the next major elections. (ANI)