New allies Vietnam and Australia expressed concern on Friday about China’s activities in the South China Sea, where Vietnamese and Chinese vessels are locked in a tense standoff in Vietnamese-controlled waters.


Hanoi: New allies Vietnam and Australia expressed concern on Friday about China’s activities in the South China Sea, where Vietnamese and Chinese vessels are locked in a tense standoff in Vietnamese-controlled waters.

Vietnamese Prime Minister Nguyen Xuan Phuc discussed the rising tensions with his Australian counterpart, Scott Morrison, during the first visit by an Australian prime minister to Hanoi since the countries formalized their “strategic partnership” earlier this year.

“We are deeply concerned about the recent complicated developments in the East Sea and agree to cooperate in maintaining peace, stability, security, safety and freedom of navigation and overflight,” said Phuc alongside Morrison at a joint press conference, using the Vietnamese name for the South China Sea. 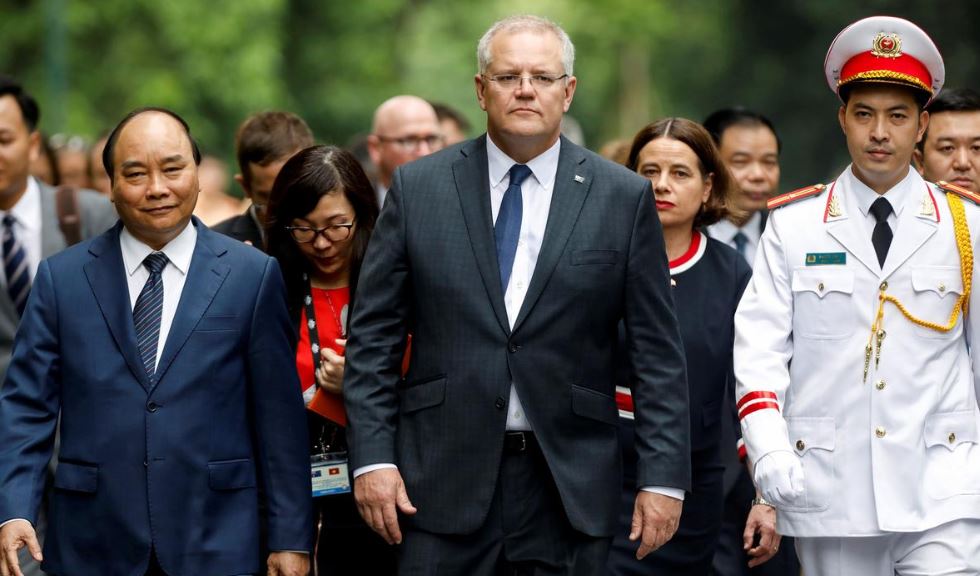 The comments were Phuc’s first on the standoff.

A Chinese vessel, the Haiyang Dizhi 8, continued to survey Vietnam’s exclusive economic zone (EEZ) on Friday under escort from at least seven Chinese vessels, according to data from Marine Traffic, a website that tracks vessel movements.

At least two Vietnamese navy ships, including the Russian-built Quang Trung frigate, have been closely shadowing the Chinese vessels, according to the data.

The United States said on Thursday it was deeply concerned about China’s interference in oil and gas activities in waters claimed by Vietnam, and that the deployment of the vessels was “an escalation by Beijing in its efforts to intimidate other claimants out of developing resources in the South China Sea”.

“The aim is to bring chaos to the situation in the South China Sea and damage regional peace and stability. China is resolutely opposed to this,” Geng told a daily news briefing.

Australian Prime Minister Morrison said the principles of international law should be upheld in the region.

“Principles like freedom of navigation, freedom of overflight, to ensure nations can pursue the development opportunities which exist within their EEZ and sea boundaries, and can go about that business in a way which is uninhibited,” said Morrison, who began a three-day visit to Hanoi on Thursday.

In May, two Australian warships docked at Vietnam’s strategic naval base at Cam Ranh Bay as the two navies stepped up cooperation. 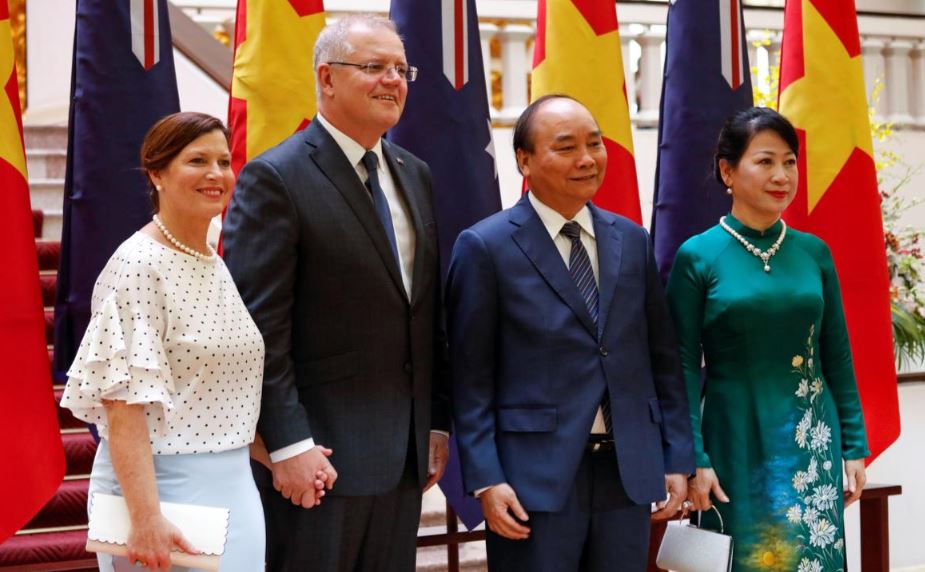 Australia on Wednesday announced it would join the United States in a security mission to protect merchant vessels traveling through key Middle East waterways after Iran seized a British-flagged vessel.

MATES AND COMRADES
Morrison was in Hanoi on the first official visit by an Australian prime minister since the two countries upgraded their relationship to a “strategic partnership” in March last year.

Bilateral trade rose 19.4% in 2018 to $7.72 billion, according to Vietnamese government customs data.

Australia is the largest foreign coal supplier to Vietnam, which is increasingly reliant on the fossil fuel for power generation to meet its fast-growing economy.

Coal shipments from Australia to Vietnam more than tripled in the January-July period from a year earlier to 8.51 million tonnes, according to customs data.

“Australia and Vietnam are friends and, today, to use Australian parlance, we’ve gone from friends to mates,” Morrison said. (Reuters)

China says detained Australian writer being processed according to the law

Australia concluded China was behind hack on parliament, political parties