The King of The Netherlands, Willem-Alexander and Queen Maxima met President Ramnath Kovind and Prime Minister Narendra Modi on Monday at Rashtrapati Bhawan.

The Royal couple, arrived here on Sunday and are on a for a five-day state visit. They were given a traditional welcome at the airport where several officials lined up to receive them. 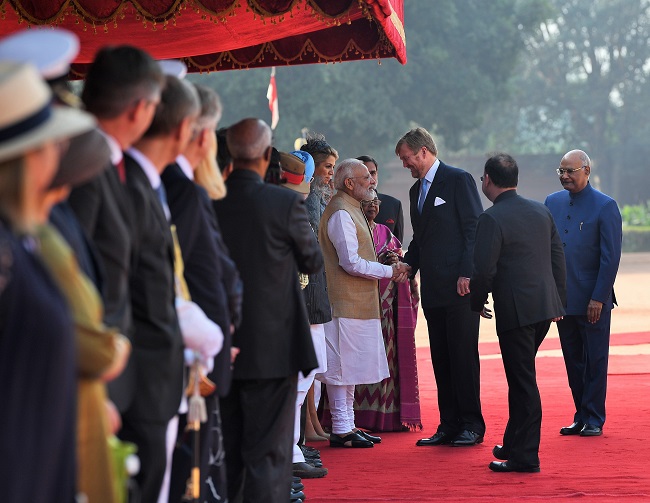 This is Willem-Alexander's first state visit to India following his ascension to the throne in 2013.External Affairs Minister S Jaishankar will also call on the Dutch King.

Apart from the official programme in Delhi, the King and the Queen will also visit Mumbai and Kerala.

The royal couple will attend the inaugural session of 25th Technology Summit in New Delhi.The Netherlands is the partner country for this summit. 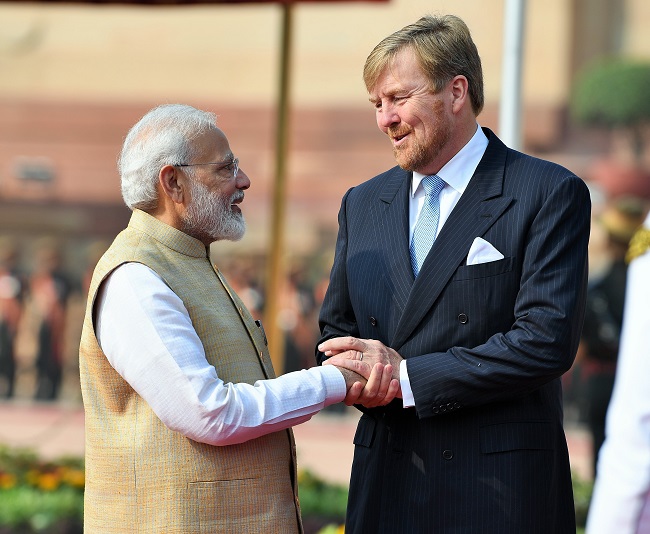 India and The Netherlands have a bilateral trade turnover of USD 12.87 billion (2018-2019). TheNetherlands is the 5th largest investor in India with a cumulative investment of USD 23 billion between 2000 and 2017.

The Netherlands is home to a 235,000 strong Indian diaspora, the largest in mainland Europe.The visit is expected to boost economic and political cooperation between the two countries. (ANI)

Yechury on Presidential polls: MLAs, MPs should vote for who their conscience speaks for