Pakistani authorities have suspended the Samjhauta Express train service between Pakistan and India until further notice, an official said Thursday, amidst tense bilateral ties in the aftermath of the Pulwama terror attack.


Lahore:  Pakistani authorities have suspended the Samjhauta Express train service between Pakistan and India until further notice, an official said Thursday, amidst tense bilateral ties in the aftermath of the Pulwama terror attack

The train departs on Monday and Thursday from Lahore.

"The operation of Samjhauta Express has been suspended today (Thursday) in view of the prevailing tensions between Pakistan and India," Pakistan's Foreign Office (FO) spokesman said in a statement

"Samjhauta Express will resume its operations as soon as the security situation improves between India and Pakistan," the FO said without giving any specific date for resuming the train service

The FO statement came after a spokesman of the Railways said early in the morning that the train service scheduled to depart for India at 8.00 AM (local time) was cancelled

The Samjhauta Express, named after the Hindi word for "agreement", comprises six sleeper coaches and an AC 3-tier coach. The train service was started on July 22, 1976 under the Shimla Agreement that settled the 1971 war between the two nations 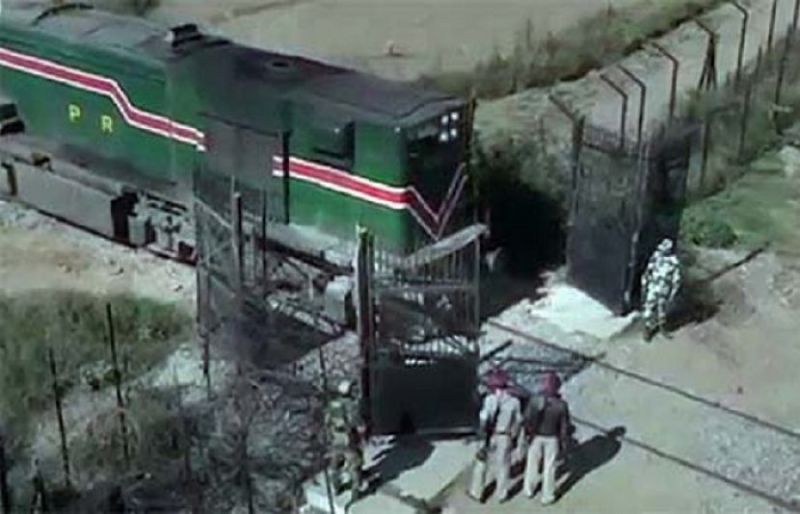 Sources said that the footfall of the train, which generally records an occupancy of around 70 per cent, has fallen drastically post the Pulwama terror attack India carried out air strikes against the biggest training camp of JeM in Balakot. In the operation, a very large number of JeM terrorists, trainers, senior commanders and groups of jihadis who were being trained for suicide attacks were eliminated. The facility at Balakot was headed by Yousuf Azhar, the brother-in-law of the JeM chief

At least 40 CRPF personnel were killed and many injured on February 14 in one of the deadliest terror attacks in Jammu and Kashmir when a JeM suicide bomber rammed a vehicle carrying over 100 kg of explosives into their bus in Pulwama district. (PTI)