A poor batting in the second innings led India to a crushing 146-run defeat against Australia as they were bowled out at a total of 140 runs on Day Five of the second Test here at the Perth Stadium on Tuesday.

Perth: A poor batting in the second innings led India to a crushing 146-run defeat against Australia as they were bowled out at a total of 140 runs on Day Five of the second Test here at the Perth Stadium on Tuesday.

With the victory, Australia have leveled the four-match series 1-1.Chasing a target of 287 runs, India resumed the play at their previous day's total of 112 with five of their top-order batsmen already back in the pavilion. India did not get the best of the start on the final day as they lost wickets in quick succession with no solid partnership to keep their hopes of saving the match alive.

Middle-order batsman Hanuma Vihari, who started his innings at yesterday's total of 24 runs, could only add four more runs to his individual score before being departed back to the pavilion by Australian pacer Mitchell Starc, over a beautiful short length delivery.

Indian wicket-keeper batsman Rishabh Pant (30) was now the only main batsman left for the visitors. He, along with pacer Umesh Yadav, added 18 more runs to team's score.

In the 54th over, Australia's star spinner Nathon Lyon bowled a tempting delivery to Pant enticing him to play an attacking shot. The batsman lost his shape and dragged the ball towards midwicket. Peter Handscomb caught a stunning catch to put an end to Pant's innings. 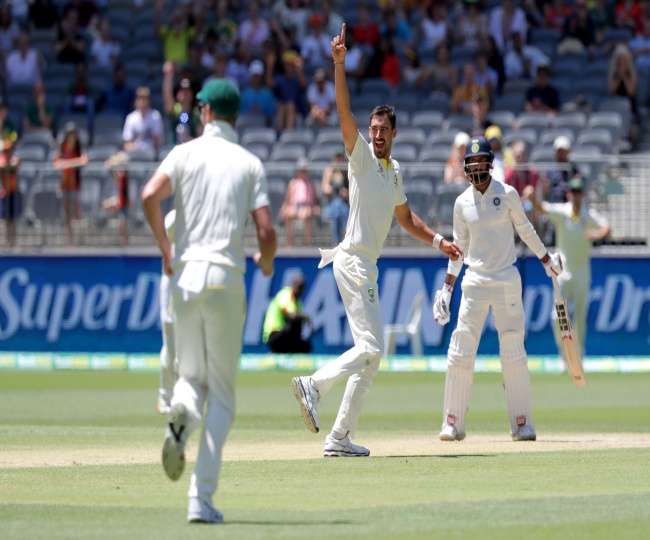 Within the next two overs, India lost all of their remaining wickets as lower order scoreline read 2, 0, and 0.Nathon Lyon was adjudged Man of the Match for his brilliant bowling figures (8 wickets) in the match. While pacers Josh Hazelwood and Pat Cummins picked two wickets each, Mitchell Starc scalped three wickets for his side in the second innings.

Next, India and Australia will play their third Test of the series from December 26 to 30 at the Melbourne Cricket Ground. (ANI)