After their nearly two-hour long meeting, Modi, while addressing a joint media event with the Canadian prime minister, said they discussed the entire gamut of the bilateral partnership.

New Delhi: Prime Minister Narendra Modi and his Canadian counterpart Justin Trudeau today held extensive talks on key issues of counter-terrorism and extremism as well as ways to boost trade ties, after which the two sides inked six pacts, including on energy cooperation.

After their nearly two-hour long meeting, Modi, while addressing a joint media event with the Canadian prime minister, said they discussed the entire gamut of the bilateral partnership.

Asserting that it is important that the two countries work together to fight terrorism, Modi said there should be no place for those who misuse religion for political goals.

The prime minister also made it clear that those who challenge India's sovereignty and unity will not be tolerated.

Modi's remarks come amidst criticism of the Trudeau government's soft approach towards the Khalistan issue.

Observing that Trudeau has visited various parts of India in last few days, Modi said the Canadian leader must have experienced the diversity of the country.

On his part, Trudeau described India as a natural partner for commercial cooperation. 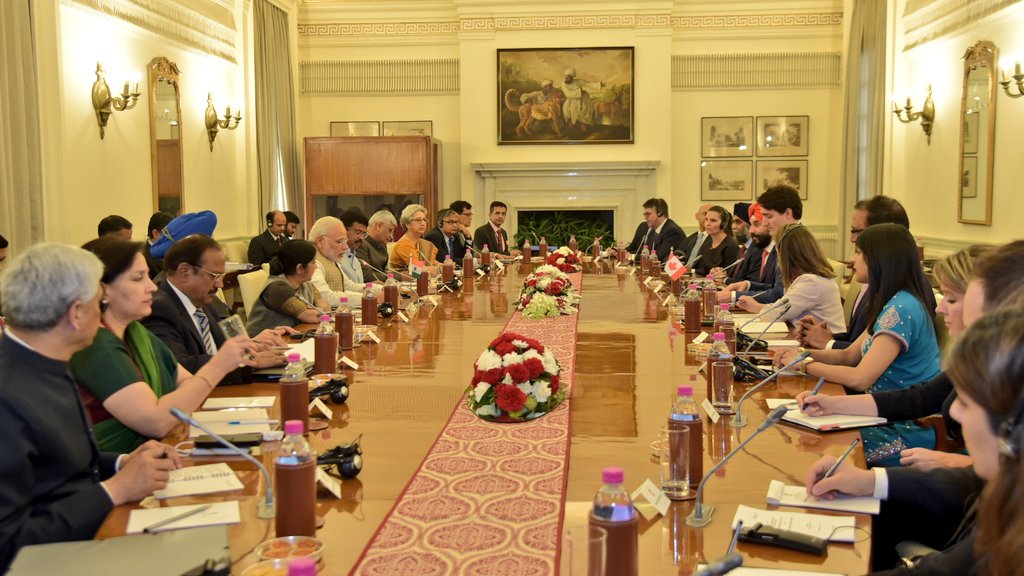 Swaraj had a warm meeting with Trudeau and discussed ways to strengthen and deepen the partnership between the two countries, Ministry of External Affairs (MEA) Spokesperson Raveesh Kumar tweeted.(PTI)

COVID-19: Canada lifts ban on passengers from India, flights to resume from tomorrow