Notably, Ranip area is a part of Gandhinagar parliamentary constituency, from where BJP national president Amit Shah is contesting. 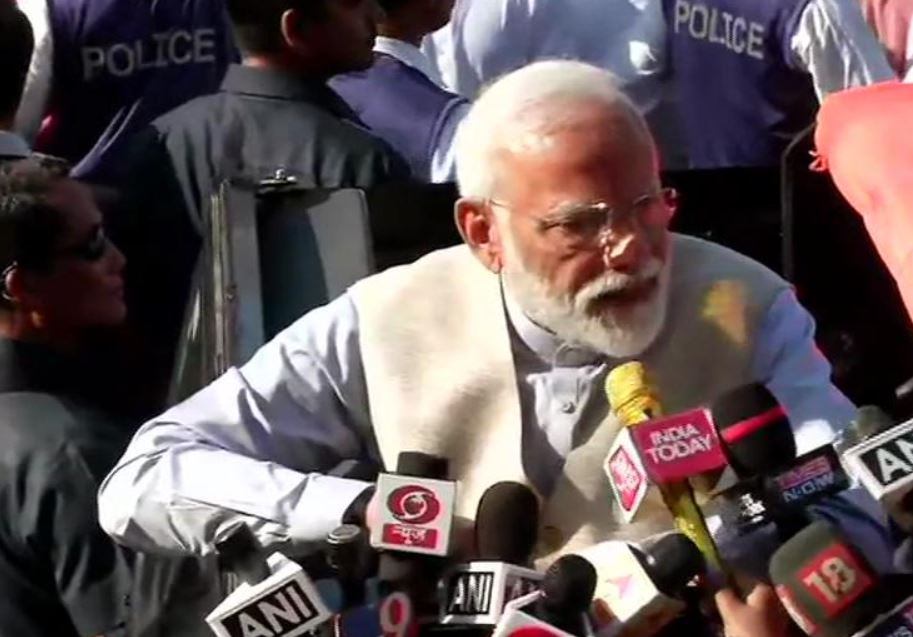 Pm Modi said, " Today third phase of polling is underway, I am fortunate that I also got the opportunity to fulfill my duty in my home state of Gujarat. Like you feel pure after a holy dip in Kumbh, one feels pure after casting vote in this festival of democracy."

He futher said, "The weapon of terrorism is IED, the strength of democracy is voter ID. I can say with surety that the voter ID is much much more powerful than an IED, so we should understand the strength of our voter IDs."

Prime Minister Modi took a ride in an open SUV this morning as he made his way to to cast his vote in the third phase of the national election. Surrounded by his bodyguards, the Prime Minister waved to a long line of people who waved back at him. 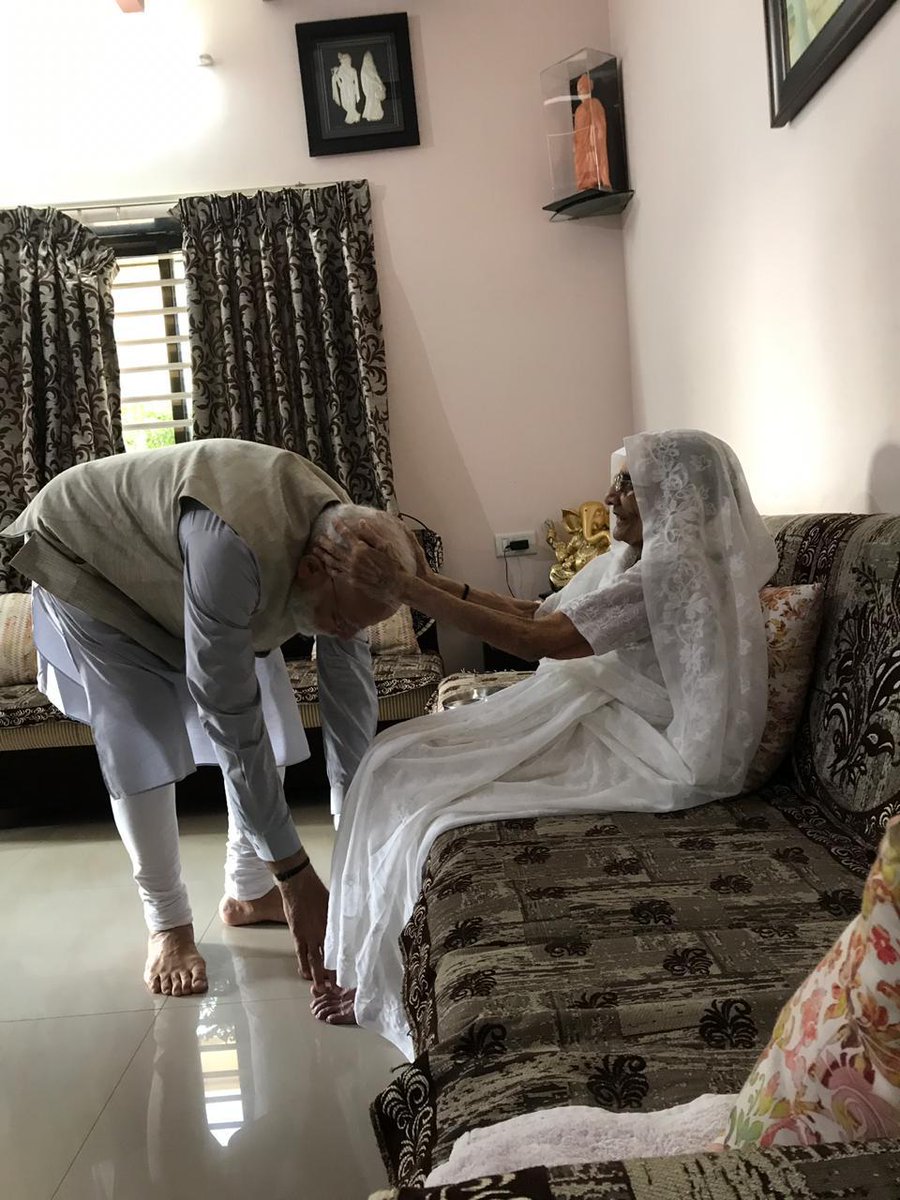 Earlier in the morning, the Prime Minister met his mother Heeraben Modi in Gandhinagar and sought her blessings. After voting, he walked in a procession on the streets of Ahmedabad.