Prime Minister Narendra Modi continued to receive congratulatory messages from leaders across the world for the sweeping victory of BJP-led NDA in the recently concluded Lok Sabha elections.

New Delhi: Prime Minister Narendra Modi continued to receive congratulatory messages on Saturday from leaders across the world for the sweeping victory of BJP-led NDA in the recently concluded Lok Sabha elections.

Also Read: Narendra Modi elected as the leader of the NDA 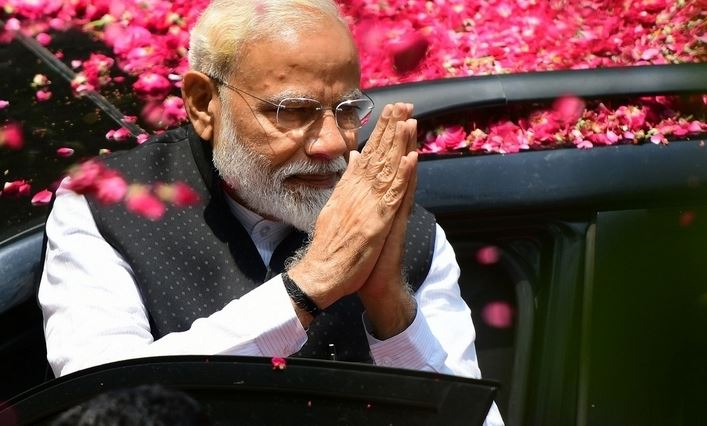 Sincerely thanking the Saudi King for his warm felicitations and good wishes for the progress and prosperity of the people of India under the leadership of the Indian Prime Minister, Modi conveyed his appreciation for the guidance of Al Saud to the bilateral relations between India and Saudi Arabia.

Trump also congratulated Modi on the unprecedented electoral victory. The two leaders agreed to meet at the forthcoming G-20 Summit in Osaka, Japan, to discuss bilateral relations and global matters. They also agreed to work together for further enhancing the close and strategic partnership between the two countries. (ANI)

BJP attacks Tejashwi over his tweets against Modi