PM Modi said these projects will provide employment to the people of the state, adding skill of the people will also be boosted

Sahibganj, Jharkhand: Prime Minister Narendra Modi on Thursday said development is the key to improve lives of the people of Jharkhand, adding the Bharatiya Janata Party (BJP) Government is committed to serve the tribal communities of the state.

"Development is the only key to improve lives of the people of Jharkhand. The government is committed to serve the tribal communities through development," Prime Minister Modi said after laying the foundation stone of numerous development projects including a multi-modal terminal and a four-lane bridge over River Ganga here.

He said these projects will provide employment to the people of the state, adding skill of the people will also be boosted.

"Our government has taken a historic decision to develop waterways. It has taken the developing waterways as a challenge. The Varanasi to Haldia waterways will be developed and open a new door for development," he said. 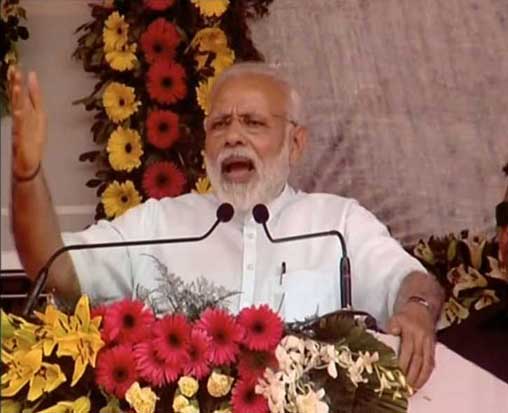 He added that quicker development will lead to speedier empowerment of the people in the state.

Speaking on the occasion, the Prime Minister said the multi model transport terminal is the biggest ever project in the region over the Ganga which will link Bihar and Jharkhand.

" Jharkhand is a land-locked state but after developing waterways, it will get connected to the world and become part of the economic revolution," he said.

The state of the art terminal, which will be constructed at an estimated cost of 280 crore rupees, is an important component of the development of the National Waterway-1 from Varanasi to Haldia.

National Waterway-1 is being developed under the Jal Marg Vikas Project of the Inland Waterways Authority of India, which has received financial assistance from World Bank at an estimated cost of around 5,400 crore rupees. 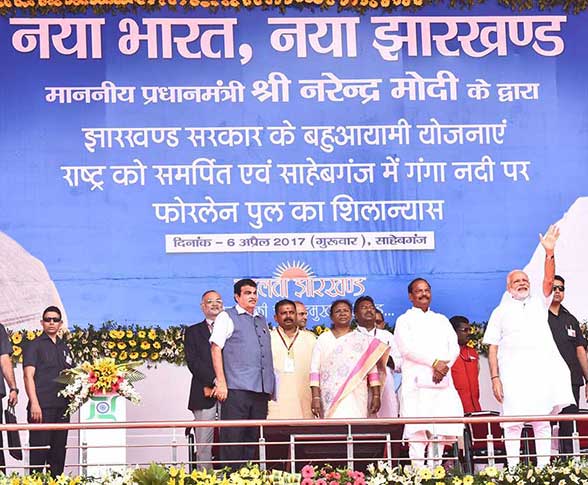 PM Modi: Will be campaigning in Jharkhand, looking forward to be among people of 'great' state

Oppn parties have no option but to accept defeat: PM Modi