The two leaders interacted with artisans and viewed a live demonstration of their crafts. President Macron also signed the visitor's book at the trade facilitation centre. 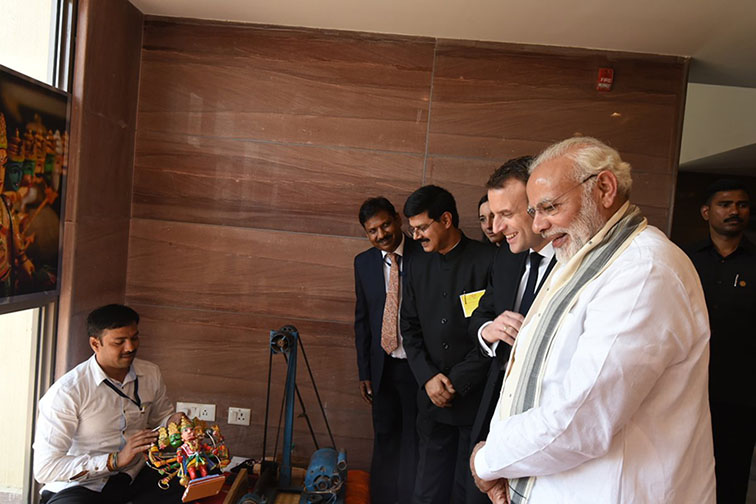 The Finance Minister Arun Jaitley had announced in the 2014-15 union budget by setting up of a trade facilitation centre and a crafts museum to develop and promote handlooms, handicrafts and silk products of Varanasi and to provide necessary help to weavers, artisans and entrepreneurs of the city. 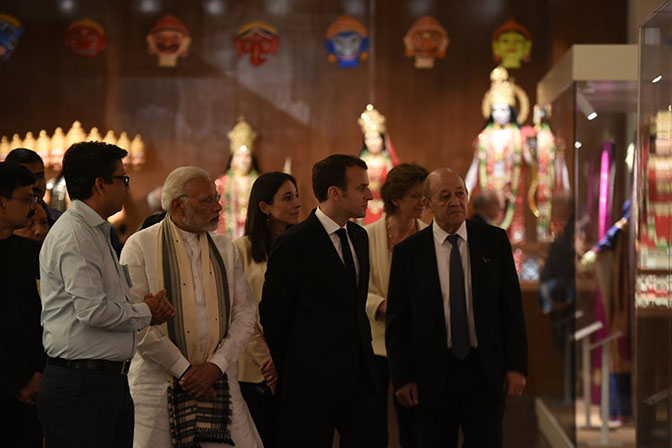 It would help in strengthening their marketing activities in domestic as well as international markets and in carrying forward the rich tradition of handlooms at Varanasi. Moreover, it will give a thrust to domestic and international tourism. 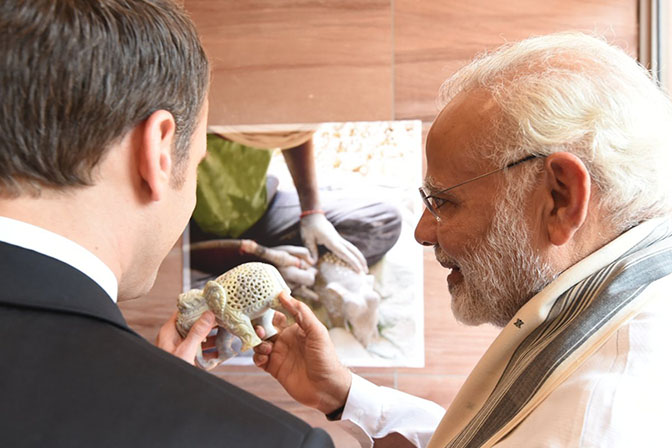 The solar plant has been built at a cost of around Rs. 500 crore by French firm Engie. It will generate 15.6 crore units of electricity annually, which is about 1.30 crore units per month.  Prime Minister Modi arrived in Varanasi and received President Macron at the Lal Bahadur Shastri International Airport here today.

For the welcome of the French President, the Ganga Ghat of Varanasi has been decorated with flowers. The operation of the boats in the Ganga Ghat has been completely closed to the public. 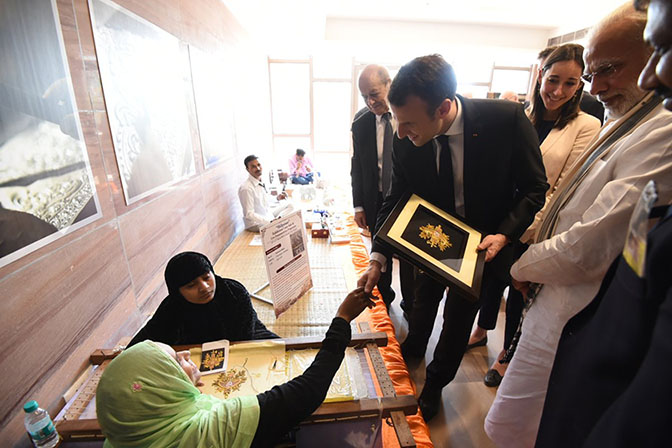 Prime Minister Modi and President Macron will then arrive at the famous Assi Ghat in Varanasi, where they will board a boat for a ride along the Ghats of the Ganga, culminating at the historic Dashashwamedh Ghat.

Assi Ghat is the place where Prime Minister Modi officially began the 'Swachh Bharat Abhiyaan' campaign in 2014. The Prime Minister will also host a lunch in honour of President Macron. 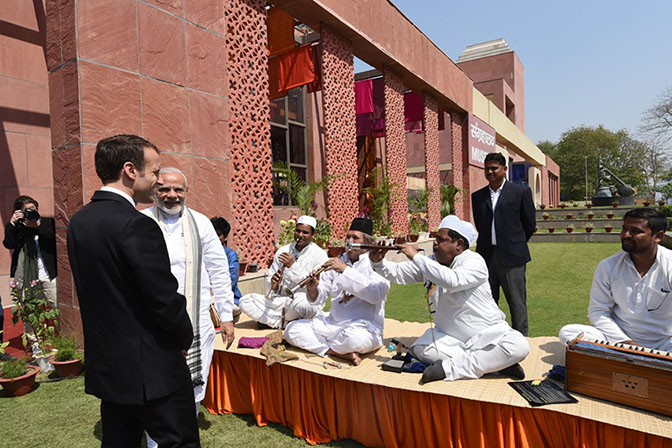 In the afternoon, the Prime Minister will flag off a train between Maduadih Railway Station in Varanasi and Patna. He will launch various development projects and address a public meeting at the DLW Grounds in Varanasi. President Macron arrived in India on Thursday for a four-day visit.

The last visit of President Macron to India was in January 2016, when he was the chief guest at the Republic Day celebrations. Prime Minister Modi had visited France in June last year. (ANI)