He made the remarks after jointly inaugurating with Nepalese Prime Minister KP Sharma Oli through video conference South Asia's first cross-border petroleum pipeline, which extends from Motihari in India to Amlekhganj in Nepal. 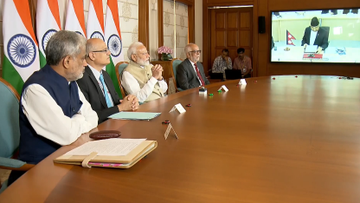 A PMO release said that the Prime Minister expressed confidence that bilateral relations between India and Nepal will continue to further deepen and expand across diverse sectors.

Modi said that the 69-km Motihari-Amlekhganj pipeline, having a capacity of two million metric ton per annum, will provide cleaner petroleum products at an affordable cost to the people of Nepal. 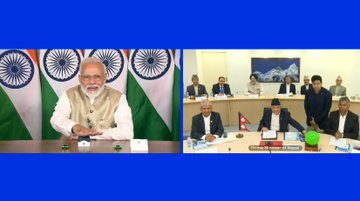 He welcomed the announcement made by the Nepalese Prime Minister to reduce the price of petroleum products by Rs. 2 per litre in Nepal. The pipeline is over 60 km-long. At present tankers carry petroleum products from India to Nepal as part of an arrangement which is in place since 1973.

The Nepalese Prime Minister expressed appreciation for the important connectivity project, which has been completed much ahead of schedule. Oli extended an invitation to the Indian Prime Minister Modi to visit Nepal, which was accepted. (ANI)