Prime Minister Modi said, "India and Nepal will work towards building 'Ramayan' circuit between both the countries. This will act as the foundation for strong people to people contact between the two nations."

Janakpur: Prime Minister Narendra Modi on Friday said that India and Nepal will work towards building a 'Ramayan' circuit, which will act as the strong foundation for people-to-people contact between the two countries.

Addressing a civic reception at the Ram Janaki Temple here, Prime Minister Modi said, "India and Nepal will work towards building 'Ramayan' circuit between both the countries. Janakpur and Ayodhya are being connected. This is a historic moment. This will act as the foundation for strong people to people contact between the two nations."

Touting close and similar cultural relations, the Prime Minister said that the two countries shared a strong bond with each other.

Thanking his Nepali counterpart K.P. Sharma Oli for accompanying him to the temple in Janakpur, Prime Minister Modi referred to the latter as "bhai sahab" (My brother).

"I am glad to be here in Janakpur. I am here to pay my respects to King Janak and Mata Janaki. I thank the Prime Minister of Nepal Oli ji, my 'brother' for accompanying me during this visit to Janakpur," the Prime Minister added. 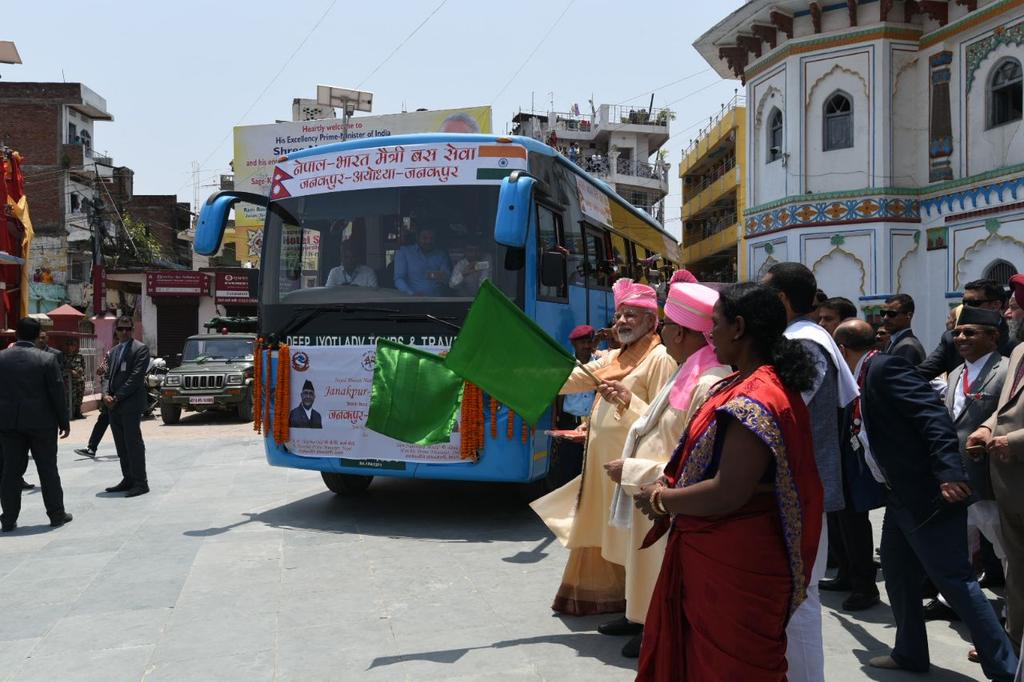 Seeing the huge crowd gathered at the civic reception, Prime Minister Modi underscored that his welcome to the Himalayan nation showed the affection of the people of Nepal they have towards the people of India.

Speaking about the Janakpur-Ayodhya bus transit route, the Prime Minister said, "Tourism is developing at a fast pace across the world. The Ramayan Circuit has immense potential."

After flagging off the bus, the Province No. 2 government in the town will host Prime Minister Modi at the Bahrabigaha ground, where he will again address the public.

Earlier in the day, Prime Minister Modi arrived at Janakpur airport to embark on a two-day visit to Nepal. He was received by various dignitaries of Nepal. (ANI)